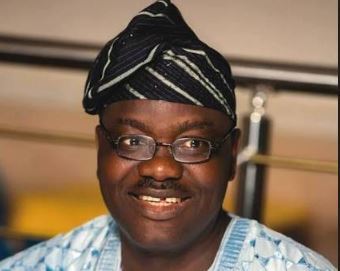 By Aanuoluwa Omotosho and Jacob Musa

The National Information Technology Development Agency (NITDA) now has a seven-man governing board and the chairman is Prof Adeolu Akande, The new board is part of the recent decision by President Muhammadu Buhari to appoint 209 board chairmen and 1,258 members of government owned agencies and Parastatals.

All governing boards of agencies and parastatals were dissolved about two years ago after the APC emerged as the new government in power. While some agencies such as the Nigerian Communications Commission (NCC), have had their boards re-constituted, more than 80% of agencies and parastatals had operated without a governing board. This recent action by President Muhammadu Buhari would be the largest set of appointments made since he assumed office.

In the official statement by the  office of the Secretary to the Government of the Federation: “Mr. President considered the approval for the constitution of the Boards as well as the appointments, very necessary, so as to provide a proper Governance and oversight structure for Government Agencies and Parastatals. The constitution of the boards with the appointments is a demonstration of this Government’s efforts aimed at building strong institutions of Governance, and by extension, improving the quality of Policy formulation and supervision.”

Other agencies under the Ministry Of Communication with new governing boards are those of Nigeria Postal Service(NIPOST), the chairperson for NIPOST is Barr Maimuna Yahaya Abubakar, The board members are Tunde Agbabiaka and  Mainasara  Sani.   The new chairman for Nigerian Communications Satellite (NIGCOMSAT) Ltd is Chief George Moghalu. Members of the governing board are Zainab Ibrahim Jabo and Comdr Chidi Okonji,

NITDA’s new board chairman comes with extensive work experience across the private and public sectors including academic and government circles. Akande, a Professor of Political Science, and former Chief of Staff to the Governor of Oyo State in 2011, is vying to be governor of Oyo State in 2019. A former lecturer at the University of Ibadan and Igbinedion University, Okada, Edo State, Akande’s career also spanned the media world as a journalist, reporter, editor and editor-in-chief at Nigerian Tribune, The Punch Newspapers and Omega Weekly Magazine among others.