Five Nigerian high-school girls have emerged as world champions at the World Technovation Challenge in Silicon Valley, San Francisco, USA. The five girls returned home with the winning prize of $10 000.

To grab the junior gold medal, they knocked out 12 finalists in the 115 country-strong tech competition with teams from Spain, Turkey, China and the United States.

The two winning teams for the junior category (from Nigeria) and the senior category (from India) won the top prizes at the 2018 Technovation World Pitch Summit, the world’s largest entrepreneurship programme for girls aged 10 to 18.

Team Cantavits, the senior category winners from India, has an app solution, Eedo. The Eedo app is able to track and dispose of electronic waste in an eco-friendly manner.

The Nigerian junior team with the name ‘Team Save a Soul’ pitched with an app solution: ‘FD Detector’ (FD is for ‘fake drugs’) that is able to use a drug’s barcode to verify its authenticity and expiration date.

The Technovation Challenge is organised by Iridescent, a nonprofit organisation that empowers under-represented young people globally to become innovators and leaders.

In the preparatory sessions, the five Nigerian teenagers were selected from about 2000 mobile app developers to represent Africa at the World Pitching Challenge. All five girls in ‘Team Save a Soul’ are from Regina Pacis, a high school in Anambra state, South East Nigeria. Their wining app: the ‘FD Detector’ is designed to fight against fake pharmaceutical products in a country where counterfeit drugs abound and have led to the death of millions.

In the ‘Team Save a Soul’ are:  Promise Nnalue, Jessica Osita, Nwabuaku Ossai, Adaeze Onuigbo and Vivian Okoye – all now are fondly called the ‘African Golden Girls.’

Technovation Challenge is an annual evnt for girls in the age group 10 to 18. It targets to build team spirit, foster innovative thinking and imbue entrepreneurship at an early age. The 2018 World Pitch Summit is the final event. It is preceded by more than seven months of battle of wits and innovative schemes to solve unique problems within specific areas. The entire process yearly involves over 19, 000 girls drawn from 115 countries, supported by more than 5 000 mentors. Finalists pitch for seed funding and scholarships.

The feat by ‘Team Save a Soul’ will inspire a new generation of young girls to be technology leaders in a country where the education system faces huge challenges. As young Nigerian girls pitching their winning app to investors inside Silicon Valley, they will rework the perception on the girl-child and female education. 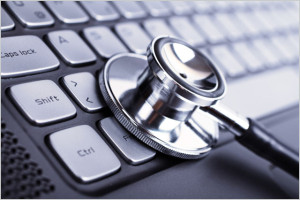 How new technologies can transform healthcare and make us healthier