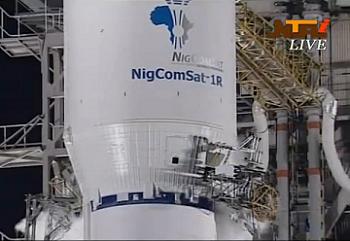 Nigeria’s publicly-owned broadcast company, the Nigerian Television Authority (NTA) has begun easing off foreign satellite backbones as it activates its agreement with the Nigerian Communications Satellite (NIGCOMSAT) Limited to drive its broadcast operations on the local satellite company.

NTA recently inked an MoU with NIGCOMSAT to lease its C-band transponder on its NigComSat-1R satellite. The deal allows NTA to ride on the backbone of the government-owned satellite company for its broadcast services and gradually winds down its dependence on foreign satellites.

NTA is complying with Executive Order 5 of the federal government mandating all government ministries, departments and agencies (MDAs) to resort first to use of indigenous companies for their ICT needs as part of the local content policy. MDAs which fail to comply risk sanctions for encouraging capital flight.

“This collaboration between NTA and NIGCOMSAT is in fulfilment of the cardinal policy of this administration. It will to a very great extent help this country reduce capital flight. We transmit from various part of the country and we transmit too to other parts of the world. For us to do that, we need the services of a satellite provider,” said the Director General of NTA, Mr Yakubu Mohammed.

Hitherto, the NTA relies on the footprints of offshore satellite companies with an annual budget that runs into millions of US dollars. The new deal with NIGCOMSAT could earn the broadcast company up to a 40% savings on annual satellite costs.

The savings could be further invested into expanding the delivery of NTA in terms of reach and enhanced broadcast contents, said Mohammed.

Managing Director of NIGCOMSAT, Ms. Abimbola Alale, expressed delight as the two government companies entered a new level of collaboration that would “ultimately benefit the economy and Nigerians.”

NTA as a broadcast company, with a global reach, offers a good platform to get a strong customer’s testimonial on NIGCOMSAT’s services and affordability, said Abimbola.

Obasanjo attack on Buhari is most trending Nigeria’s news 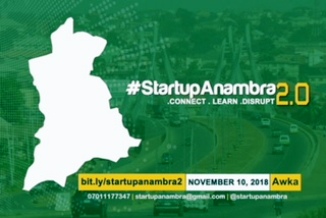 Awka to host young innovators and businesses at StartupAnambra2.0