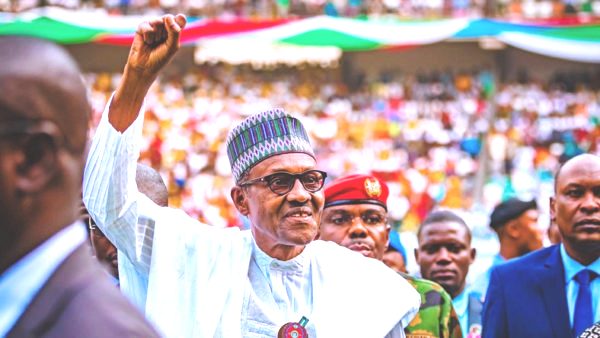 The total number of accounts of bank customers linked to the Bank Verification Number (BVN) as at mid February 2019 is now 36.8 million, according to the Nigerian Interbank Settlement System (NIBSS). This represents about half of active bank accounts totaling 71.79 million.

The new figure is coming out just as President Muhammadu Buhari is declared winner of last Saturday’s presidential elections by the Independent National Electoral Commission (INEC).

Buhari, who will lead Nigeria for another four years, has assured that his government will aggressively enforce the BVN scheme considered to be one of the anti-corruption technology tools his government has implemented in the last four years.

BVN, launched in 2014, is a combination of unique number for bank customers in Nigeria backed by the biometric details of customers including the fingerprint of all ten fingers and facial image. In the last four years, the policy on BVN has been assertively enforced by the Buhari’s government together with the policy on Treasury Single Account (TSA), and the Integrated Payroll and Personnel Information System (IPPIS).

He told the audience made up of the country’s ICT stakeholders that technology driven initiatives such as the BVN and IPPIS have impacted on his “administration’s public financial management reforms. In addition to the consolidation of accounts and elimination of ghost workers that resulted in a combined monthly savings of about N24.7 billion, the TSA facilitated the recovery of huge sums of money including the recent N1.6 billion from single account.”

The BVN is managed by the Central Bank of Nigeria (CBN), and there are plans to further harmonise the scattered data on citizens in order to provide a central access point on citizen’s data. This will involve the integration all data that include International passport number managed by the Nigerian Immigration Services, Subscriber Identification Module (SIM) card registration by the Nigerian Communication Commission (NCC), driver’s licence by the Federal Road Safety Commission and National Identity Number (NIM) by the National Identity Management Commission, (NIMC). All of these are to be integrated into the data infrastructures with the National Identity Database (NIDB).

Since its introduction, the BVN has helped to reduce identity theft and exposure to fraud. It has also helped the banking system to identify and checkmate blacklisted customers criminal elements.