Microsoft has launched a $100 million Africa Development Centre (ADC) with offices in Kenya and Nigeria, according to a report by Forbes.

“The ADC will be unlike any other existing investment on the continent. It will help us better listen to our customers, develop locally and scale for global impact,” Microsoft executive vice president Phil Spencer said in Nairobi. “Beyond that, it’s an opportunity to engage further with African partners, academia, governments and developers – driving impact and innovation in sectors important to Africa.”

Welcoming the initiative Kenyan President Uhuru Kenyatta told Spencer and other Microsoft executives at State House in Nairobi: “We want you to make Kenya your African home”.

Microsoft is partnering with local universities that will create curriculum designed for the next wave of digital skills, including data science, AI, mixed reality, and application development.

Microsoft said this investment in ADC infrastructure and employment of qualified local engineers is expected to be worth $100 million in the first five years.

“Our desire is to recruit exceptional engineering talent and provide the opportunity to work on the latest technologies suitable for Kenya, Nigeria and the rest of the world. In doing so, engineers are able to enjoy meaningful work from their home countries, while plugged into a global engineering and development organisation,” said Microsoft corporate vice president Michael Fortin.

This follows the March launch of its first Azure data centers on the continent, in Cape Town and Johannesburg, in South Africa. 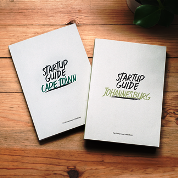 What GITEX should mean to Nigeria and the rest of Africa