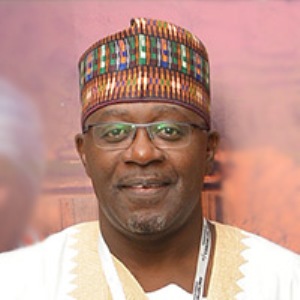 The immediate past Minister of Information and Culture, Mr. Lai Mohammed, is to appear before a Federal High Court, Abuja, over his role in the alleged misapplication of N2.5 billion Federal Government Digital Switch-Over (DSO) programme.

The Independent Corrupt Practices and Other Related Offences Commission (ICPC) which is prosecuting the Director General of the National Broadcasting Commission (NBC), Mr. Ishaq Modibbo Kawu, the Chairman of Pinnacle Communications Limited, Mr. Lucky Omoluwa and Chief Operating Officer for Pinnacle, Mr  Dipo Onifade, said in a statement that Mohammed will explain his role concerning the fund as a prosecution witness.

The NBC’s boss is standing trial over an alleged abuse of office and money laundering. He is alleged to have misled the former minister into approving government funds to a private company.

The anti-graft body had filed a 12-count charge before Justice Folashade Ogunbanjo-Giwa, against Mr. Modibbo Kawu and the two heads of Pinnacle Communications Limited.

The ICPC during its investigations discovered that a government White Paper that governs the execution of the DSO programme was allegedly flouted by Modibbo Kawu and uncovered the illegal transfer of N2.5 billion into the private account of Pinnacle Communications Limited.

The court was told that 47 suspicious transactions were originated by the chairman of Pinnacle Communications, Mr Omoluwa, immediately after the receipt of the funds on June 2, 2017.

The transactions includes payments of N363 million to one Idowu Olatunde, N274.4 million to one James Segun and N127 million to Dipo Onifade, the Chief Operating Officer of the company.