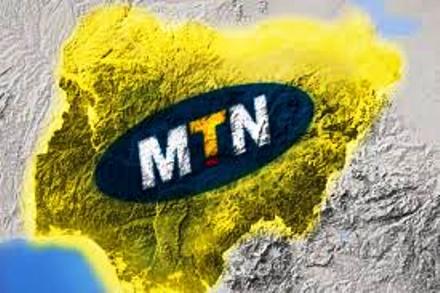 Even in the palpable season of glum and gloom of Nigeria’s economic dire strait, a whiff of good news should provide a refreshing air to energise the sinews and provide soothes for the nerves. I have struggled within me for the past week to contextualise the hara-kiri over the recent appointment of some notable Nigerians into the board of MTN; the foremost mobile telecoms company in Nigeria and by credible extension, continental Africa.

This is no time for noise-making. It is time to build up and not a time to pull down. After all, these Nigerians only replaced a set of others that have fully served their statutory terms in the same capacity. And MTN did not replace Nigerians with other nationals, so what is the hubbub about?

To connect those not fully conversant with the brickbats on the Social Media, some critics have queried the recent appointment of the former Minister of Communications Technology, Mrs Omobola Johnson (Ph.D.), erstwhile Executive Vice chairman/Chief Executive Officer,Nigerian Communications Commission (NCC), Engineer (Dr.) Ernest Chukwuka Anene Ndukwe, and the Emir of Kano, His Royal Majesty Dr.Sanusi Lamido Sanusi II, a former Governor of Central Bank of Nigeria (CBN) into the Boards of MTN. While Ndukwe and Johnson got appointed into the Board of MTN Nigeria, Sanusi’s appointment is in the MTN South Africa.

Rather than applaud it as a strategic,visionary and bold moves, the criticsposit that the appointments ran contrary to the smidgeons of corporate governance principles. By the context of their medulla oblongata, since the trio of Johnson, Ndukwe and Sanusi had previously functioned as head of regulatory body for MTN, they do not deserve the appointments. As far as the ‘nay-Sayers’ are concerned, the appointment of Johnson, Ndukwe and Sanusi could have been “rewards” for some underlining questionable favours to MTN while they reigned previously at the regulatory institutions of government. The punches were even harder and pungent on Ndukwe.

To me, such kneel jerk reaction to a well-intended board appointments is not only ridiculous, even in the sublime; it is an incredible gloating still in the humdrum of our national degeneration as a nation. Curiously, none of the critics have spoken against the appointment of Thabo Mbeki, former President of South Africa who isto chair the new MTN International Advisory Board (IAB); what could have come bigger than that if it is about the propriety of an appointment.

“The appointment of these technocrats would definitely energise the functionality of MTN to deliver its core mandate of efficient and effective digital integration in the markets where the company operates.”

Indulge me in this brief digression. Are those crying blue murder over the appointment of Ndukwe aware that a former Nigeria’s Minister of Power,Bartholomew Nnaji, is a participator in the nation’s energy sector? Since resigning as Minister on 28 August 2012, under serious controversial circumstances, he has not looked back in getting his hands on the investment opportunities in the energy sector. Perhaps, the faultfinders would have their hands full yet to extend their criticisms to the recent decision of Professor Attahiru Jega, the immediate past Chairman of the Independent National Electoral Commission (INEC),to join Peoples Redemption Party (PRP); one of the registered political parties in Nigeria’s electoral system. If the words of Abdul Gombe, the national Publicity Secretary of PRP can be taken to the bank, then Professor Jega would be serving to rejig the party in the Committee on SWAT Analysis.

I think common sense should prevail on this issue. Let me put it in perspective.In the first instance, Ndukwe’s consecutive two terms of office of 5 years each lapsed over a decade ago. Precisely, the former EVC/CEO NCC last functioned in that office on 3 April 2010 when his statutory tenure ended. Since then, NCC has had two acting EVCs and two substantive EVCs inclusive of the incumbent. For Johnson, her tenure expired as Minister of Communications Technology in May 2015. And Sanusi resigned as CBN Governor to contest for the royal stool in Kano, before the expiration of Dr.Goodluck Ebele Jonathan’s expired tenure as President of Nigeria.

Rather than the attempt to diminish the value of this uncommon foresight by the appointments of the strategic bright minds into the boards of MTN, the ‘nay-Sayers’ ought to focus their energy on the positive sides of the trajectories of Nigeria’s telecom sector. If Nigeria truly desires to become a global player, it must refocus its digital economy plans and partnership with the private sector is an important element in getting this key element of its economic evolution back on track.The appointment of these technocrats would definitely energise the functionality of MTN to deliver its core mandate of efficient and effective digital integration in the markets where the company operates.

MTN, obviously, is not oblivious of the tidal waves of the stifling competition for the bottom-line with the other operators. This makes it a no brainer for discerning capitalist that Returns-on-Investments (RoIs) requires time tested technocrats to sustain its frontline position in such adwindling market orientation. And this could be the nexus for the appointment of the trio of Johnson, Ndukwe and Sanusi who are no stranger to one another because as the head of their previous designated federal appointments, they have had to cross each other’s paths. And bringing their wealth of experience to bear in MTN’s boardroom could change the impact of market glut threatening the company’s bottom-lines.

Besides, both Johnson and Ndukwe have continued to hold high level portfolio in the telecom industry. For instance, Johnson and Ndukwe in quick succession have chaired the Alliance for Affordable Internet (A4AI). Prior to his job as EVC/CEO, Ndukwe has had a flourishing experience as a participator in the telecom sub-sector; being the founder of General Telecom (GT), this is in addition to being the pioneer President of the fraternal body; Association of Telecoms Companies of Nigeria (ATCON). So the synergy would definitely be synchronised for the corporate good of MTN.

If Nigeria, which hitherto had operated in the backwaters of telecoms market, has become the leader ahead of previously flourishing markets like South Africa, Egypt and Tunisia to be ranked alongside global icons such as China and India in terms of numbers, then the role of MTN is beyond reproach. And to keep it locked at the top, MTN did itself the boldest incentive by the appointments of these business maharishis.

It is therefore not surprising that the brains behind the super success story of MTN, one of the biggest successes in corporate Africa recognised these talents. Bringing them on board could help this blue-chip company address some of the grey areas in its operation.  Ndukwe is loaded with a very rich pedigree that can shake tables and open doors, ditto for Sanusi and Johnson who have made their mark in their professional climes.

Ndukwe was the main brain behind Nigeria’s telecoms success story; and he was aptly dubbed as ‘Mr. Telecom’ by the appreciative stakeholders of the telecoms ecosystem. So joining hands with others to steer the ship of MTN to greater successes on the stormy socio-political and economic environment of its operations is a measure of quick thinking. This is akin to the legend of the hunter and the prey because the one with the energy of fast thinking would have the day.

His ingenious deft moves in his hay days as the telecom regulatory Czar single handily changed the telecoms statistics in Nigeria frommere miserable numbers to edifying phenomenal numbers. The foundation for Nigeria’s meteoric rise from less than 400, 000 connected lines to today’s 175 million lines was laid under the watch of ‘Mr. Telecom’. His unparalleled performances which move Nigeria’s numbers up sharply received special recognition by the United Nation’s (UN) International Telecommunications Union (ITU) and Africa Union recognised Africa Telecommunications Union (ATU) among others.

The expectation is that Sanusi, Johnson and Ndukwe will bring their tested anchor into the board manoeuvres to enrich the potential market growth of MTN. And perhaps extend the market reach of this multinational company beyond the continental flanks where it is so far the most successful technology company, Nigeria inclusive.  Their very deep insight and huge network of connections will help rekindle the profile of MTN in the telecom space.

At its peak in 2015, the FDI in telecoms rose to about $994m before the steady decline in the succeeding years. Before 2001, the FDI in telecoms was miserably below $50, 000. But given the dynamics of the global economy, the FDI, since 2015, has been on consistent journey southward.  I do not think that the deal makers in MTN will just fold their hands and resign to fate over the troubling fortunes of the business and the markets distortions.

In telecoms, the revenue have shrunk in the voice market with the damage wrought by the Voice over Internet Protocols (VoIP), MTN and other participators in the industry are aware that creative engagements in the realms of Value Added Services (VAS) to support mobile banking, Internet banking, and capacity to deliver strength for e-commerce, tele-medicine, e-entertainment, and e-governance among others would create the cutting edge opportunities to continue to lead the pack in the market ratings.

This is the reason for the engagement of Ndukwe, Johnson and Sanusi and Nigeria truly deserves the best. At 72, I do not think Ndukwe and his co-travellers would compromise their integrity to deprive Nigerian the opportunity to put their best at the behest of MTN for robust performance in the markets. Nay-sayers shouldn’t rock this boat. Congrats to the great men and woman on the Board of MTN.

AI shouldn’t replace the bank manager…it should bring them back!