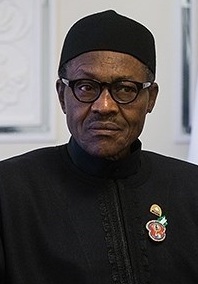 The Academic Staff Union of Universities (ASUU) has developed a software solution that would address its misgivings about the Integrated Payroll and Personnel Information (IPPIS), a centralized payroll system used by the federal government for over 470 ministries, departments and agencies (MDAs).

The payroll developed by ASUU called University Transparency and Accountability Solution (UTAS) is a prototype of the IPPIS. The association has asked the government to implement the UTAS rather than the IPPIS as it uniquely addresses the issues the union had raised as they concern all federal universities.

National President of the union, Biodun Ogunyemi, told the News Agency of Nigeria (NAN) in Abuja over the weekend, that UTAS fully addresses all the fears ASUU has raised about IPPIS.

“In February 2014, after much debate about IPPIS, we told the government our reservations about IPPIS and the uniqueness of the universities, said Ogunyemi as he pledged ASSU’s readiness to fully support any step that would eradicate corrupt practices from the university system while reacting to accusations that ASUU’s rejection of the IPPIS was an endorsement of corruption.

Earlier in October, the presidency asked all government employees to be enrolled into IPPIS to ensure accountability and curb corruption in the system.

“We did not hear anything from them until in July 2019 when ASUU members were asked to enroll into the IPPIS.

“The platform we had in mind is the one we have now started because they pushed us to the point of taking on the challenge.

“ASUU will sponsor the development of that platform which we call University Transparency and Accountability Solution (UTAS).

“UTAS came about as a way of showing them that we are not against the war against corruption; that ASUU fully supports any step that will nip corruption in the bud,’’ said Ogunyemi to NAN Editors.

“UTAS will give government the opportunity to control and monitor activities and progress of the universities.

“They just send the wage bill for universities into the university account and they ask them to pay and they monitor.

“In the case of UTAS, all the personnel information and the payroll system will be uploaded and there are about five components which we have segmented and developed.

“Not everybody will have access to all of these, so we are saying that the best way to ensure university autonomy is to develop a system that will be resident in the university; but those in government can have access to control and monitor it.

“This will secure and safeguard the autonomy of the universities and that will also give government the opportunity to monitor what is going on in the system, as regularly as they want to.

“If we had reached an agreement on this matter in 2014, we wouldn’t be discussing IPPIS now.”

NITDA’ boss, Pantami to engage stakeholders on Disruptive Technologies and Regulations at WACC 2017