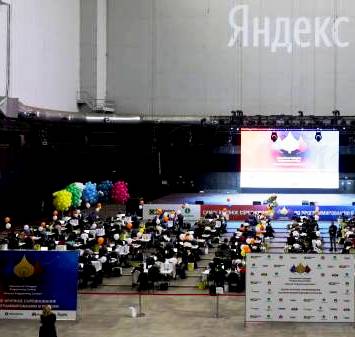 In 2020, the International Collegiate Programming Contest – the oldest, biggest and most prestigious event of its kind – will take place in Moscow. It will be held in June on a grand scale: Prime minister Dmitry Medvedev has been appointed head of the organising committee, and the organizer of the event will be the Moscow Institute of Physics and Technology – the alma mater of numerous medal-winning teams. The organising committee will also include Sergey Sobyanin, the Mayor of Moscow, and Mikhail Kotyukov, the Minister of Science and Higher Education.

“This level of attention to the championship is unsurprising: without programming, neither digitalisation nor modern life would be possible. Programming has become an indispensable tool for science and technology in all kinds of fields”, said Eduard Lysenko, Head of Moscow’s Department of Information Technology.

The ICPC championship has been held since 1977 and will see teams from 50 countries battle it out against one another. Each team consists of 3 people (participants must be no older than 24). The aim of the competition is to solve as many tasks as possible in the time allowed (there are usually between 8 and 12 such tasks in total). For this, the teams use the C, C++, Java, Python or Kotlin programming languages. Programming genius by individual participants is not enough to win: each team is issued with a single computer, so it is simply not possible to go it alone.

During the week of the championship there will be numerous side events, in which thousands of talented programmers will be able to take part. These will include events based on addressing tasks encountered today by banks and corporations. “The final of the world championship itself is the key and fundamental event for us, but a number of  ‘Digital Week’ activities will be organised around it over several days: IT Forum – a major interactive platform where the best innovations will be presented; Hack day – the showdown of the year, a battle between “attacking” and “defending” hackers over facilities simulating real urban infrastructure; Hackathon – a marathon for teams of programmers working on applied tasks; and IT Camp – a series of training events and master classes,” said Konstantin Noskov, Russia’s Minister of Communications.

Can Nigeria truly be cashless economy?

FirstBank to engage customers at Social Media Week 2019 in Lagos