Zain Africa goes to Bharti Airtel for $10.7b
By IT Edge Intelligence Unit (ITE-IU)

Zain in a deal expected to further excite competition in Africa’s already fiery telecom sector and expanded portfolio of existing services. The new deal transfers 100% of Zain Africa BV, its African business excluding its operations in Morocco and Sudan , to Bharti Airtel Limited to begin an official entry of the India’s giant into Africa’s telecom turf.

“Subject to shareholder approval, the size of available distributable reserves and the repayment of the US$4 billion Revolving Credit Facility, Zain intends to distribute a large proportion of the upfront net proceeds to shareholders in the form of dividends.

“Commenting on the transaction, Asaad Al Banwan, Chairman, Zain Group, said: “Since we acquired Celtel in 2005, we have grown substantially to become one of Africa’s leading mobile operators, and we are proud of the contribution Zain Africa has made to the development of communications across the continent. This transaction crystallises the significant value we have created for our shareholders over the last 5 years.”

“Al Banwan added: “Bharti Airtel has a fantastic track record in running successful operations in the emerging markets and we are delighted that the African telecom operations that we so assiduously built are becoming part of such a committed and reputable telecom powerhouse. We wish Bharti Airtel all the very best for their future success in Africa.”

“Nabeel Bin Salamah, CEO, Zain Group, said: “The transaction allows Zain to focus on its highly cash generative operations in the Middle East and to substantially improve its balance sheet. We are excited about the growth prospects of the Middle East and we believe Zain is well positioned to capture this opportunity.”

“With this acquisition Bharti’s total customer base will increase to around 179 million in 18 countries. Bharti launched mobile services in India in 1995, Sri Lanka in 2009 and acquired Warid in Bangladesh in January 2010.

“Sunil Bharti Mittal, Chairman and Managing Director, Bharti Airtel commented: “This agreement is a landmark for global telecom industry and game changer for Bharti Airtel. More importantly, this transaction is a pioneering step towards South-South cooperation and strengthening of ties between India and Africa. With this acquisition, Bharti Airtel will be transformed into a truly global telecom company with operations across 18 countries fulfilling our vision of building a world-class multinational.”

“Mittal also noted: “We are excited at the growth opportunities in Africa, the continent of hope and opportunity. We believe that the strength of our brand and the historical Indian connect with Africa coupled with our unique business model will allow us to unlock the potential of these emerging markets. We are committed to partnering with the governments in these countries in taking affordable telecom services to the remotest geographies and bridging the digital divide. I would also like to compliment the Zain group for building world-class operations in Africa and we have enjoyed working with them on this transaction.”

What next in Nigeria for Zain?
By the time it rebrands as Bharti Airtel Nigeria, Zain would have undergone its fifth evolution in a market it pioneered GSM services. It opened services as Econet Wireless Nigeria and then became VMobile and then Celtel before it turned Zain.

Zain’s metamorphoses have not been without controversies, internal wrangling and court cases. It still has inconclusive court cases with its first owners: Econet Wireless International. It has the infamous sobriquet of being “Nigeria’s most controversial network,’ a tag that has impacted on its image and undermined its ability to fund its operations.

Zain is not Nigeria’s No.1 mobile network neither is it the No.2. It trails behind MTN and late entrant Globacom to occupy the third position. Cash and boardroom tussle have connived to slow down Zain’s buildout and undermine its ability to tame the competition.

In Africa, Bharti Airtel would be staking its money and experience gained in India and other Asia countries to expand the reach of a network that has demonstrated some level of market creativity against arch rivals. Zain first introduced the One Network scheme giving subscribers travelling across international borders the power to roam at no additional cost. One Network gave Zainsome notch against the competition but it still did not give it the No.1 spot. Competitors reacted and launched a similar scheme.

In Nigeria, Bharti Airtel would have more arrogant, ambitious and ravenous competitors to contend with. Apart from the GSM operators aggressively adding blocks of services and rollouts that require a greater depth of marketplace creativity to tame, Zain has the army of CDMA operators – all operating under the unified licence scheme- to contend with. With more money coming into chest, CDMA operators portend the greatest threat to enhanced subscribers’ base to GSM networks. Zain appears weakest to fend off the competition.

One area it has performed unimpressively is the fast growing mobile Internet sub-sector. While MTN and Glo have been able to offer highly competitive packages that equal that of CDMA operators, Zain’s offering is still a fly-by-night scheme. Does not count much on reliability! Mobile Internet is a carrot operators have leveraged on to increase subscribers base. Zain has not been able to leverage on this.

In all, cash, personnel, experience, creativity will count. They will decide the future of Zain as Bharti Airtel. The plus is that Bharti Airtel comes from a country that present similar challenges in terms of infrastructural development, demography and economic wellbeing of potential subscribers. It is coming more prepared than Zain was. 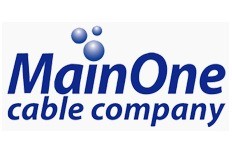