The 35th edition of the Gitex Technology Week, the largest ICT exhibition in the Middle East and Africa, kicked off yesterday (Sunday 18, October 2015) with more African presence led by the continent’s economic giant: Nigeria.

African trade visitors are on the rise with many from East and West Africa, majorly Kenya and Nigeria; two of the continent’s emerging technology hubs, featuring in the five days event.

Gitex has continuously attracted a rising number of African businesses and governments. It is now considered the meeting point to ramp up on the portfolio of new technology business opportunities emerging in Africa and the Middle East. With several global players showcasing new technologies and innovations, Gitex has become the ‘go-to’ place for top decision makers.

Last year, the Official Country Partner was Nigeria. This year it is Saudi Arabia to underscore the strong influence of the event in the Middle East and Africa. Nigeria is consolidating on her 2014 showing with a Country Pavilion at SR-C1, Sheikh Rashid Hall. The Pavilion is featuring major technology players in the country and a number of startups hoping to leverage on the Gitex global reach to do business.

More than 3,600 ICT companies from over 62 countries are part of this year’s Gitex with the main theme: “The Internet Future of Everything.” Trade visitors to the technology show are expected to climb over the 2014 figure of 140,000 visitors from 140 countries. More than 20,000 C-level executives are also billed to have strategic business meetings in the exclusive Majlis Lounge as the event unfolds.

The Gitex Technology Week 2015 is focusing on new areas to promote innovation and investment across key verticals of banking, education, healthcare, oil and gas, construction and retail. The event is also promoting Smart City technology. 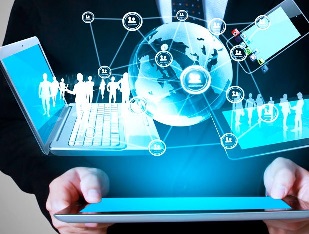 Africa’s mobile phone and population growth in the 21st century