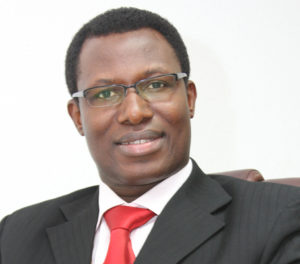 The Association of Licensed Telecommunications Operators of Nigeria (ALTON) has called on the federal government to urgently address the problems of multiple taxations and arbitrary closure of telecom sites by state agents failing which operators may shut down their networks.

ATCON at a press conference in Lagos to address ‘the State of Telecom Industry’ said the telecom industry is faced with recurring issues which pose significant threat to the growth of the industry. The association has asked for direct and quick interventions.

“We are calling for a cross-sector/multi-stakeholder approach to reduce growing burden of taxation on our industry,” said Chairman of ALTON, Mr. Gbenga Adebayo. The association said its members have been unduly targeted by all levels of government in Nigeria for ‘tax haunting’ which does not augur well for the industry.

“We appreciate the fiscal pressure on Ministries, Departments and Agencies of the respective Federal, State and LGA, particularly, in the face of dwindling federal allocation.  However, we believe that taxes and levies should be broad-based and fairly distributed across all sectors of the economy – there is therefore, no justification for targeted and sometime very high taxes on telecom operations,” and angry Adebayo told his audience in Lagos.

ALTON also expressed its pains over frequent and arbitrary closure of telecom base station and operational sites warning that should there be no respite, operators would either choose not to further provide services in those ‘unfriendly’ locations or heavily levy calls from such hostile locations to make up for losses.

“Our Association is very concerned about the recurring cases of telecom sites closure by government agents. We continue to record cases of arbitrary site closure in many states of the federation in an attempt to force service providers to pay local taxes and levies some of which are multiple in nature and most of which are only aimed toward telecom operators.”

“What has telecom operations got to do with ‘Eco Tax for gaseous emission’ when we do not have moving machineries and production lines?

“What has telecom service got to do with Sewage, Sanitation and public convenience levy, when we are not hotel and bar operators?

“What has telecom services got to do with Sanitation and refuse effluent tax: when we don’t operate fast food centres?

“Why is the rate charged per base station in the urban areas different from the rate applied for residential and commercial buildings when the infrastructure occupies the same land?”

He said operators will no longer fold their hands and be hounded. They will initiate retaliatory actions within the confine of the law, Adebayo warned. His words:

“We have resolved that, arbitrary sealing of our sites, without following the guidelines clearly provided by the Nigeria Communications Commission and in line with best practices will no longer be tolerated;

“Any State or local government authority that closes our sites: our members will not reopen such sites: we will serve the necessary warnings and if such practices continue: we are then faced with two options: first is to pay the charges by such state Government, and to increase the tariff chargeable for calls originating and terminating from networks in such states:  With all the attendant service delivery issues.

“Where such actions on the part of government continue: we shall then advise all our members, after due consultation with relevant authorities, because of the security and economic implications, to shut down the entire network in such state for one full day as a final warning to such state or local government area. Enough is enough.”

He said ALTON was already considering whether to initiate such counter measures in some states where its members’ sites have been illegally shut down. They include:   Ogun, Ondo, Akwa Ibom, Ebonyi, Osun and Kaduna states.

“The States are treating our industry as an extractive industry and imposing myriads of taxes on our member and closing down the BTS Sites arbitrarily,” said Adebayo who reiterated ALTON’s position to have telecoms services deemed as critical national security and economic infrastructures.

“The Telecom industry support many other economic sectors whose operations and trade depends on our services. We are also in the first layer, when it comes to critical technology service for enhanced safety and security.

“Unless we have first level of protection by Government, it will be difficult to continue to provide uninterrupted services with the type of venerability of our members and their infrastructure.

“We hereby appealed to the President … for a presidential declaration of “telecom Infrastructure as Critical National Security and Economic Infrastructure” as provided by the cybercrime law of 2015.”

ALTON is also asking that it be granted concession for destroyed telecom Infrastructure by terrorists in the North East of the country.

“Quite a number of our base station sites, exchanges and other critical equipment were destroyed by insurgents in the North East of Nigeria, and it has remained increasingly difficult to restore services in those areas: we are appealing for support from the government for secured access to those sites and concession by way of relieves to members who are rebuilding damaged infrastructure in those areas: we are asking for concession by waivers and relieves from government.”

NITDA engages Nigerians in UAE to support Nigeria at Gitex 2016