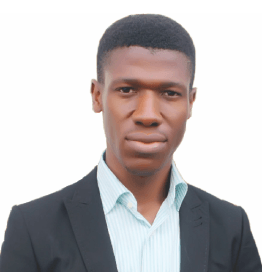 CEO of Wiretooth Technologies, David Alozie speaks with IT Edge News, Oluwatobi Opusunju on why government must get wired to the digital economy.

Can we get to meet you and what you are doing in the IoT/Bigdata space?

My name is David Alozie, the founder of Wiretooth Technologies and the convener of the Disruptive Africa Expo and Exhibition. We happen to be one of the first people talking about IoT and BigData in Nigeria and Africa at large. Since 2015, we have been talking about this and how we could use it to push the country forward, how businesses could harness more power by using IoT and BigData to achieve more just by doing less. So, what we are doing now is, we are trying  to work with the government and SMEs because SMEs constitute so much. We are talking about SMEs technology that will make them stand out and function like bigger companies  without spending so much and breaking the bank.

Will data floor price as introduced by government affect the growth of IoT?

For me, it is a no brainer because it’s going to affect a lot of things. Communication brings about development in any society, like if you are able to crack out how to connect the rural community to the urban community; it’s going to generate lots of wealth and limitless opportunities. I was able to do a social media sentiment analysis about what people are saying and we got  over one thousand discussions on twitter talking about it and people are  really not happy about it. Really, it’s going to have an adverse effect on the growth of IoT in the country.

IotT needs internet to function and internet penetration is still very low in the country. How can government improve penetration through policy?

One of the factors affecting internet penetration apart from illiteracy or unavailability in the rural area has to do with the kind of technology our telcos or ISPs are using. The technologies are expensive, so the investment is high and the returns are quite low. Today, there are modern technologies; open source solutions which we can use to provide things that are cheap. Right now, you can have a pole that will generate telecommunication and internet and connect straight to the satellite. Facebook and the rest are already working with open source telecommunication solutions which are going to disrupt the telcos, disrupt Cisco and the rest of them. What they are trying to achieve is you being able to connect to Facebook without any telco; thereby, making connection and telecommunication cheap and affordable.

But what are we doing? I suppose nothing, we need to start  preparing  for ourselves , so we will not sell ourselves  and  get to what will not move the country forward in the future . Now, what the government needs to do first of all, is try to seek out knowledge from experts. The world is revolving so fast, we need to meet the guys talking pure innovation. The government needs to work with the telcos and  encourage them  to use some of  these open source solutions , these new technologies make things  cheaper and  telcos can give better services .

Also, One of the problems  affecting our telcos  who are the main drivers of internet and development in the technology field in Africa, is that, they are using several software and hardware from different vendors  and  trying  to seamlessly connect all these together to give quality services to consumers becomes  a Herculean task. The telcos, however, need to start working towards telecommunications innovation, right now there’s a convergence between the telecom industry and IT industry and our telcos are far back behind it. The telecom’s world over there; in the developed countries have all left the conventional voice and data, they are now providing products and services. So, if our telcos don’t innovate, there’s a problem, they will just have infrastructure to sell, Facebook will be there because they have a product. What our telcos are selling is general, anybody can sell voice and data, they need to carve  out a product to sell  so they can take part in the strong digital economy. The government, however, has a role to play in trying to get the telcos to use modern technologies that are cheaper which will lower their cost and make data lower. They could also work with some individuals who could promote internet penetration using some kind of decentralize network for the rural areas.

Telcos recently asked the government to ban Whatsapp, Viber and other OTTs, saying its killing their business. What can you say about that?

Well, for me, I believe one of the best ways to outshine or overshadow any policy or business is for you to innovate better. We are in a world of ideas and if you will innovate better you win. If Whatsapp and the rest are affecting telcos and they want to pull it back, it’s not good for the economy. Whatsapp, Facebook and the rest have a lot of things to offer, they are driving innovation and growth here, so stopping them is not a good move to me, it is more of a selfish move. What MTN and others should do is get innovative people that will design products like Whatsapp, Viber, and Facebook etc. Stopping them will not solve anything.

Are telcos not desiring that government replicate the practice in UAE and some other countries?

Countries like China  and other Asian countries  don’t allow companies like Whatsapp and the rest of them, but the government and the private sector built something that’s as powerful as Facebook like Wechat, Rakuten etc.  These guys were able to fill in because they know the digital economy is what is driving the world now. The government will never know how much Facebook and the rest of these guys are taking from this, but if you block them now without having a backup it will only cause a major disaster. I will recommend Asian countries like China, they’ve done a great thing, and now Wechat is powerful that it can do anything. So for telcos, the government and the stakeholders, they need to sit down to understand what digital economy is all about, when they are able to understand  digital economy,  then that solves the problem.

So are you suggesting we look inward by creating our own kind of Whatsapp, Facebook and the rest?

For China, what made it work was that they were able to innovate and were able to back it up with   regulations to make them grow. Now Uber has partnered with a Chinese firm just to get things  done because they know China has the kind of population they’ve been  wanting  to boost their business . China knows they independently can push a whole economy round the world that was why they said no Facebook, no Whatapp, no Viber,  let’s do our own so that wealth can circulate round the economy, so we can grow faster.

How is that achievable when most times, regulation kills innovation?

It is when there’s innovation, we go to competition and then regulation, but here in Nigeria we are going in the reverse direction –  regulation first, which kills innovation . What the government needs to understand is the power and the concept behind digital economy once the government understands that, it will change a lot of things.What these guys, Facebook and the rest do is take social capital from here and convert it to dollars out there helping their economy. So, if the government can understand the dynamics and the power behind digital economy, then things will turn around for the best in this country.

“Facebook and the rest are already working with open source telecommunication solutions which are going to disrupt the telcos, disrupt Cisco and the rest of them.”

“If our telcos don’t innovate, there’s a problem, they will just have infrastructure to sell, Facebook will be there because they have a product. What our telcos are selling is general, anybody can sell voice and data, they need to carve out a product to sell”