Facebook has made it possible for Group Admins to screen their potential members before they add them to their Facebook groups. How is this done?

Group Admins are allowed to create up to three questions for Facebook users who are requesting to join their Group to answer. Potential members can answer in up to 250 characters each. Only admins and moderators see the answers to the questions, which are not posted to the group. Users who hit “Join” on a Group with a questionnaire will be asked to fill it out immediately, while those invited to join will get a notification linked to the form. Applicants can edit their answers until they’re reviewed. This is an added step to know if they are the right fit for the group and what value they will bring to the group… 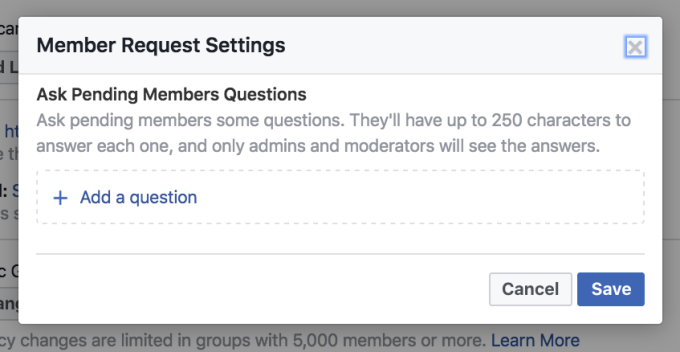 Facebook says this feature is now rolled out to 100% of group admins globally. A Facebook spokesperson told TechCrunch:

“Screening new membership requests requires time and legwork for admins – particularly for groups built around focused passions or purpose. For these groups, admins typically have specific criteria they require before admitting new members. Establishing these open-ended questions enables them to more quickly review and approve member requests; in turn, people seeking communities of support or shared interest can more quickly connect with others.”

Yea, Like I said before… a job interview… if you don’t meet up with the requirements, your request will not be accepted.

Well, back in February, Zuckerberg promised to build the online community by improving admin tools for Facebook Groups. He wrote that “One of the things that we’ve seen in online communities, but also including offline communities, is that having an engaged and talented leader is one of the key things for making a strong community … but right now our Groups product hasn’t really been built to facilitate the leaders.”

In addition, unlike then, when an admin wanted to inquire about why someone wanted to join their group, they’d have to either friend them or try to send a Facebook Message that would likely be buried in their Message Requests. Doing this on a one-by-one basis and keeping track of the answers was likely too much effort for most admins. That led them to either indiscriminately admit people who might abuse the Group, or deny people based on limited information from the profile — excluding them from the Group’s community and support.

Allowing Group leaders to define these questions and select who to admit based on the answers gives them much more control. It could lead to more productive discussion and less of the kind of disruption and needless posts that can cause members to turn off the notifications for a Group. 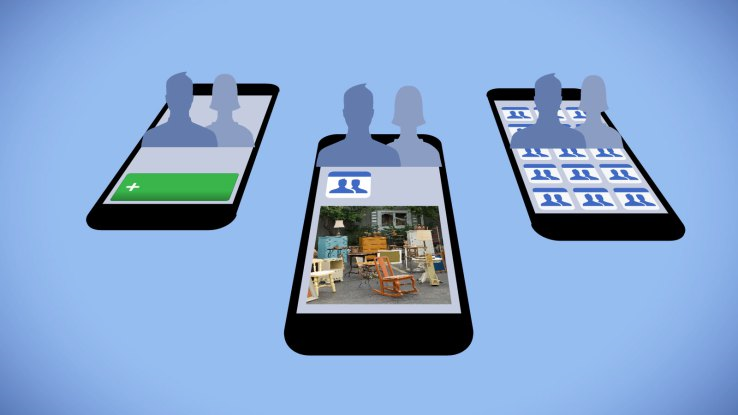 What are the implications?

Some people may bounce off the platforms especially users who feel they do not have the time to fill out a form in other to join a group that isn’t going to put money in their pockets. LOL

Also, for people that believe in the mentality that “the smaller the group, the less value it will provide to them” might also bounce off especially from small groups, with members not up to 50. Potential members may never see the need to fill their questionnaire…

Moreover, users who have been invited to join a group by their friends may not even bother to click on the notification linked to the form except if they are very very interested in the group’s ideology or are very close to their friends.

Looking at the positive side, Facebook is just more focused on quality and not quantity. Really, anyone who is very interested in your joining your group will not be bothered by a questionnaire that won’t take up to 2 minutes. If I see a group that I know will be of great relevance to me, will inform and enrich my knowledge base, even if there are 10 questions to answer, I will fill them out anyway and correctly too.

Next month, Facebook will hold its first Communities Summit for Group admins in Chicago. According to Techcrunch, there might be more product announcements based on the goals outlined in Zuckerberg’s manifesto. Those could include the ability to create sub-Groups, set more specific roles and permissions for moderators, and collect analytics about the performance of different content or Group growth.

Prof Akande heads NITDA’s board as NIGCOMSAT, NIPOST, others get new governing boards