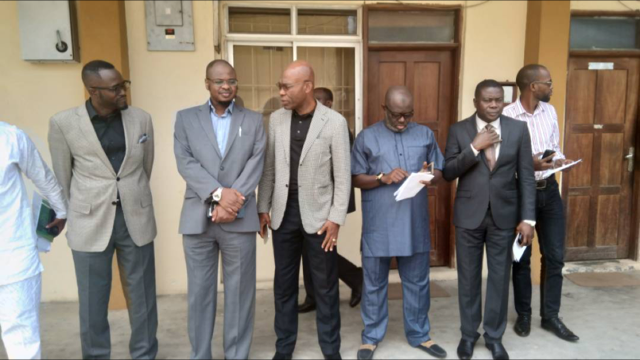 Government IT clearinghouse, the National Information Technology Development Agency (NITDA) recently met with indigenous Original Equipment Manufacturers (OEMs) under the umbrella of the Certified Computer Manufacturers Association of Nigeria (CCMON) in Lagos to strategize on how to best implement the Executive Order no 003 “Support for Local Content in Procurement by Ministries, Departments and Agencies (MDAs) of Federal Government of Nigeria.

According to a press statement by NITDA’s External Relations/Spokesperson. Uwa Suleiman, the meeting was part of NITDA’s stakeholders’ engagement with local OEMs to increase and sustain patronage of indigenous IT products and services. NITDA has since the beginning of the year intensified a “buy Nigeria’ campaign within the IT sector particularly among government’s MDAs.

The Executive Order no 003 issued by the Federal Government makes it obligatory for MDAs to patronize products and services of indigenous OEMs before considering offshore OEMs. Nigerian motley crowd of OEMs include Zinox Computers, Beta Systems, Omatek, Veda and Balogtek among others, all operating under the umbrella body: the Certified Computer Manufacturers Association of Nigeria (CCMON)

Director General of NITDA Dr. Isa Ali Ibrahim Pantami, in his remarks, while meeting with the CCMON and other stakeholders in the IT manufacturing sub sector at the NITDA South West Zonal Office in Lagos, said it was within the mandate of NITDA to promote local entrepreneurship and to ensure that government patronizes the products of such indigenous efforts.

The meeting was convened to achieve the following objectives:

Pantami commended the “association and its members for their initiatives and resilience in running their operations in spite of the peculiar challenges in the industry.”

He also assured them of the support of the Agency in implementing the Executive Order to ensure patronage of indigenous IT products and services. He however charged them on the needto improve the quality of their devices, as NITDA has experienced and, received numerous complaints on the quality of locally assembled devices. Dr. Pantami reiterated the Agency’s willingness to intervene swiftly where necessary to ensure that locally manufactured/assembled IT components fulfill the requirements of globally acceptable standards.

In his response, the president of CCMON, Mr. Bode Pedro, thanked the Director General and his team for hosting the meeting and commended the leadership NITDA has demonstrated in the implementation of the Executive Order. He also remarked that the recent surge in IT compliance among both the public and private sectors in the country, is a welcome development and an indication that the Agency was living up to its regulatory and developmental roles.

Bode assured the NITDA’s boss of CCMON’s preparedness to collaborate with NITDA to develop the IT manufacturing sub sector in Nigeria.

Resolutions from the meeting include:

Nigeria reaps over $35b from FDI in telecoms sector