“WITH THE INCREASE LEVEL OF UNEMPLOYMENT… PLATEAU STATE GOVERNMENT … CAN ALSO OWN AND MANAGE FINTECH COMPANIES…. GOVERNMENT TAKES A 30% OR 40% EQUITY IN A HOME GROWN FINTECH STARTUP AND ALLOW THE 70% OR 60% TO BE OWNED BY THE STARTUP FOUNDERS”

It’s obvious a lot is picking up in the hitherto forgotten startup ecosystem in Plateau State. I am glad that a lot of young people and the government are daring to create businesses. If you live in Jos it’s no news that everyday in the news government is trying to resuscitate failed companies or buy back previously sold assets. Giving a little attention to these will point you to the yearnings and cries on several levels of development on the need for this resuscitation which i believe is inspiring the decision of government.

Coming from a technological background and with a little knowledge about the startup business model I would be giving my bit on how we can grow the state.

In my opinion, a state should put more focus on its financial leakages in every aspect of its dealings while looking at creating impacts in the area of employment of its citizens. The end game is to increase the spending power of its citizens while implementing policies and building infrastructures that would support businesses to thrive.

One area where I take a bow for the Plateau state Government is in its consistency in the use of technology for its revenue collection for the past 12 years, irrespective of the changes in governments within this period. What it has done right is the use of IT in the collection of its revenue. The use of Information technology tools has not only brought efficiency in revenue collection but has also boosted the revenue over the years. However, I am going to focus this article on areas that have been neglected and which are of utmost concern to me.

“In 12 years, Plateau state would have created what would have been one of the biggest Fintech companies in Africa.”

So what is Fintech?

Broadly speaking, Fintech (financial technology) is anywhere technology is applied in financial services or used to help companies manage the financial aspects of their businesses, including new software and applications, processes and business models.

When you use Remita, Interswitch, Webpay or simply your credit card to make an online purchase, you the consumer, the e-commerce retailer and the banks behind the money exchange are using Fintech. Therefore it sufficed to say a Fintech company is a company that provides technology to make financial services more efficient and readily accessible for anyone through their software, not just bankers examples of which are Remita, Interswitch and Webpay.

How do Fintech companies make money?

For over 12 years now Plateau state has had series of automation exercises of its Revenue collection which implies that all 12 year transactions of revenue collected to this day go through one or two or even three Fintech companies for completion. Plateau state government always bore the cost of the transaction fee for each transaction. For instance, if there is a three hundred Naira commission (N300) per transaction fee on every revenue collected by the government and a taxpayer is paying one thousand Naira (1000) to the Board of Internal Revenue then technically what government is been remitted by the Fintech company is going to be Seven hundred Naira (N700).

With these understanding, let’s place an assumption that if about one million transactions are carried out yearly by the Plateau State Board of Internal Revenue then it means these Fintech companies would have carted away with three hundred million Naira (N300,000,000) and in twelve years this will translate to three billion, six hundred million Naira (N3,600,000,000).

With the increase level of unemployment in the state a better approach can be implemented. Since Plateau state government over the years have held control of industries and businesses such as JIB and Bak Farms it simply means the government can also own and manage Fintech companies that would have currently worth N3,600,000,000. However since records have shown that government is bad at running businesses, this would not make a sustainable option.

My take would be that government takes a 30% or 40% equity in a home grown Fintech startup and allow the 70% or 60% to be owned by the startup founders. In this arrangement, government’s contribution would be in allowing its revenue collection ride on this Fintech startup instead. This way the startup can bootstrap gradually until it is able to raise more proper funding from Venture Capital firms following the startup business model.

What do you think this model will help achieve?

“By the way, this is money that would have still been lost as commission to other Fintech companies.”

Just last month, one of the youngest startups at nHub launched a fintech solution called pie.ng, the product was accepted by a state in the eastern part of Nigeria to help carry out some financial transactions. Within a month, it recorded one million Naira (N1, 000,000) in revenue. This startup is employing its staff within Jos, and is still growing.

If you aim at looking at any precedence of this model, M-Pesa (M for mobile, pesa for Money in Swahili) is a mobile phone-based money transfer, financing and microfinancing service, launched in 2007 by Vodafone for Safaricom and Vodacom, the largest mobile network operators in Kenya and Tanzania. The ownership structure is something we should pay attention to. Safaricom is owned by Vodafone 40%, Government of Kenya 35%, and the remaining 25% is ‘Free Float’ on the Nairobi Stock Exchange.

What we need is more home grown industries and companies, we need a thorough growth vision for the state and this I believe will herald a revolution in the Fintech industry.

With the current lack of venture capital firms and angel investor network that are conventionally meant to support the startup ecosystem, the silicon valley startup model might simply not work and in my opinion any progressive government should take up that role. 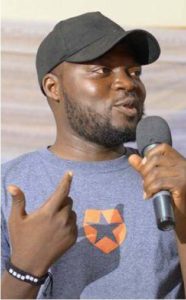 Daser David is founder/CEO of nHub, Jos – a major definer of the startup ecosystem Nigeria.

Africa’s startup ecosystem on the brink of massive growth