The intention behind this paper is to stimulate a National conversation to address the issues relating to Cryptocurrencies and Block-Chain Technology.

My understanding is that:

BitCoin is one of the first decentralized cryptocurrencies, based on Block-chain technology. BitCoin was created in 2009, allegedly by Satoshi Nakamoto, whose real identity remains unclear. According to CoinMarketCap, as at 04 January 2018, there are 1,385 Cryptocurrencies across 7,503 Markets[2].

At its heart, Block-chain, and therefore cryptocurrencies such as BitCoin, are ledgers, that are just a technological extension of ordinary ledger system, as used by book-keepers over the centuries. BitCoin has been prominently featured in the news recently as a leading manifestation of Block-Chain adoption, and is presented as a new iteration of “Money/ Currency.” Notably:

Richard Quest in an 01 December 2017 CNN broadcast indicated “The fact that BitCoin prices roared up to over $11,000 and then just as quickly fell back to $9,300 in a matter of hours shows all the hallmarks of pure speculation. Money is being invested purely on the possibility of making more money because other investors are pouring in and pushing the price higher. This is different from stocks where the price is led by the earnings of the company involved, dividends and other tangible financial measures.[3]”

The Economist in its publication titled “Greater fool theory: The BitCoin bubble” states that “There may be good reasons for buying BitCoin. But the dominant reason at the moment is that it is rising in price….

…..People are buying BitCoin because they expect other people to buy it from them at a higher price; the definition of the greater fool theory……

I concur that BitCoin is highly overvalued and likely to crash, however, I cannot say when. That said, we witnessed the dot com, housing/ mortgage and Oil price bubbles that have burst over the past few years, and the resulting economic challenges. They did not imply that the underlying structure, societal needs, and in this case technology, would not last. Likewise, with BitCoin, when its bubble bursts, the underlying Block-chain technology is likely to continue revolutionising many aspects of society.

As the tactical, and often pedestrian, discussions rage over BitCoin, I worry that we may miss the strategic importance of the fundamental new opportunities Block-Chain Technology presents to us as listed in the infographic “30 Non-Financial Use Cases of Block-Chain Technology.[5]” These include improved financial and nonfinancial automated processes, identity management, contact management, smart contracts, data management, elections, government and organisational governance. The issues include virtual (crypto) currencies that provide their own unit of account and payment systems; New models of financial intermediation including Financial technology (FinTech or fintech); and the application of artificial intelligence and leveraging large volumes of data by self-learning computers to automatically make decisions. How will we morally account for decisions, that may not meet our religious, traditional or moral standards, made by autonomous systems?

From a contemporary “western” perspective BitCoin is considered by many to be money because it is a trusted intermediary of value. Furthermore, it is a portable, acceptable and acceptable store of value. Importantly, it is a trusted medium of exchange and some may, mischievously, say scarce like paper money. Paper money and BitCoin are not backed by any commodity, since the disengagement of the gold standard during the 20th Century.

Cryptocurrencies also empower us to develop:

Some general concerns relating to BitCoin, at this time, include:

There are also valid concerns about the use of cryptocurrencies, and BitCoin in particular, to facilitate criminals, and illegal activity. This is a cause for concern across the spectrum of all currencies and moral codes. Conversations will likely continue, on the acceptability of BitCoin as money in our indigenous context. However, we may be able to quickly achieve a consensus norm that BitCoin, or other similar Block-Chain based infrastructures are acceptable as payment networks. More importantly, we should avoid unbridled speculation types of investment in BitCoin, or other cryptocurrencies, because we believe that others will enter and push the price higher. Such speculation is, arguably, a classic case of a pyramid scheme, which goes against our indigenous values, religious principles and moral codes. However, I am inclined to accept it as a transactional medium, when the need arises and remain cautious on the speculative aspects.

I advocate that we must focus on the “trusted intermediary” nature of BitCoin and other cryptocurrency networks, and avoid the questionable “pyramid investment opportunities.” We must seek to legitimately exploit the underlying BLOCK-CHAIN technology, and this is the direction the world is going. The world is adopting Block-Chain technology across a broad swathe of activities and sectors. Thus, let us not lose sight of the larger opportunities by unduly focussing on the short-term prospects of BitCoin.

I pray that the above will help to stimulate the thinking and conversations among those that are more enlightened, to address these and other contemporary challenges in the best interest of Nigerians and humanity in general.

May the Almighty reward our efforts and guide us all aright. 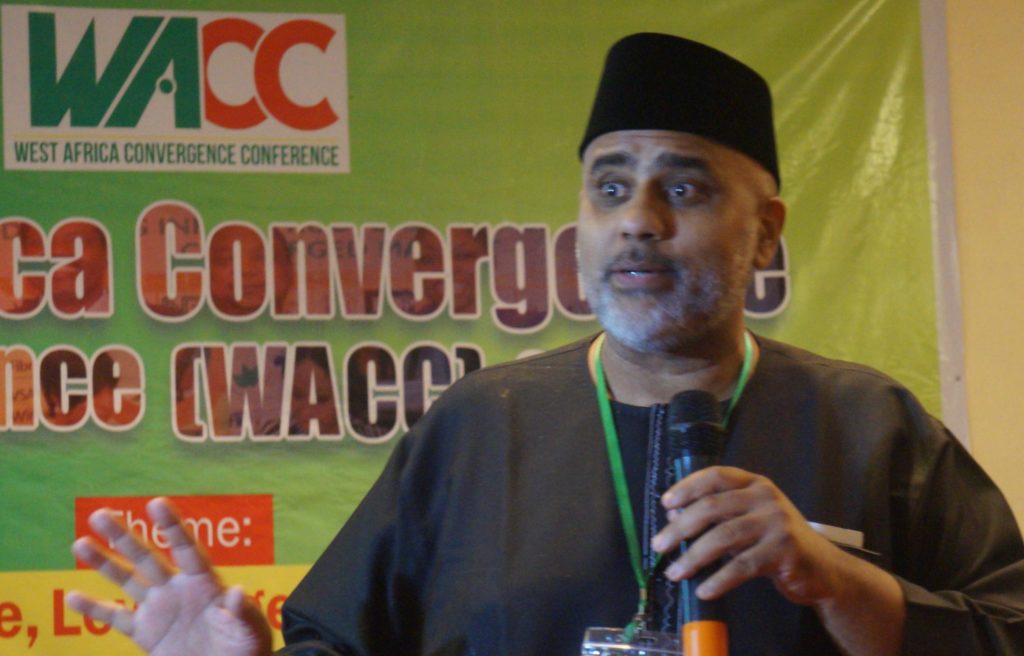 Nigeria to save $20 Millionon new IXPN