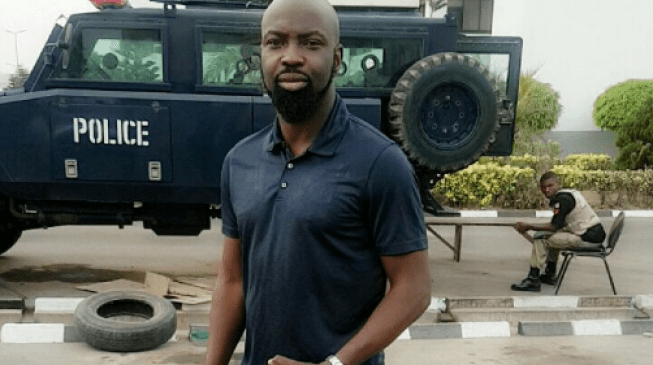 There is a rising trend of arrests and harassment of journalists and bloggers, often on the orders of politicians.

This is despite claims by the Muhammadu Buhari administration that it is not stifling freedom of expression among Nigerians.

The growing popularity of social media and citizen journalism has put the government at all levels on the edge, as more and more Nigerians have space to express their opinion.

This has, however, not gone without consequences for those who take advantage of the social media to exercise their freedom of expression.

According to Paradigm Initiative’s 2017 Digital Rights in Africa report, “the large number of people, including journalists, arrested by security agencies in Nigeria for comments made online in 2017 is troubling, and presents urgent work for civil society towards ensuring that the right to freedom of expression is respected in the country”.

FG’s recent directive for security agencies to monitor the social-media activity of prominent Nigerians suggests Paradigm’s concerns are only about to get worse.

Below is a compilation of some Nigerians who found themselves in hot water for what they posted on social media in 2017.

On January 2, 2017, some plain-clothes policemen arrested Edoho and whisked him to Abuja over a post he allegedly put up on his Facebook page involving Dana Air.

Edoho, a journalist based in Uyo, Akwa Ibom State, is the Deputy Editor of Ibom Nation newspaper, a local publication.

He had reacted to a photograph of a purported crash involving a Dana flight heading to Lagos from Abuja in which he was tagged, sought clarification from friends on his list to confirm the authenticity of the story.

He had written: Rumor via social media (Facebook) has it that Dana Air enroute Abj-Lag with 153 passengers crashed killing all on board. Please could someone help verify the authenticity of this shocking report? Below is (the) pix from the scene as uploaded on my wall.

But he was arrested following a petition by Dana Air to the police authorities in Abuja after the said photograph became a hot topic of discussion among a section of Facebook users.

Read this also:  People who don’t share our values have infiltrated us, says Oxfam ED

Binniyat, a Vanguard newspaper Kaduna correspondent, was accused of falsely claiming that five students of the state College of Education were killed by Fulani herdsmen. The report was published on January 24.

He was arraigned before a magistrate court in Kaduna on allegations of falsifying a news report about the Southern Kaduna crisis.

Binniyat, who was invited for questioning by the State Security Service (SSS), Kaduna Command, drove himself to the SSS office at about 10a.m on Monday February 6, 2017. After interrogation, he was handed over to the police who later charged him to court.

The Chief Executive Officer (CEO) of Chocolate City Entertainment, was arrested twice in 2017 on allegations of posting “inciting” materials on the Internet over the killings in Southern Kaduna.

He withdrew and apologized for false claims in his tweets, saying he was misled by his source. Despite a Federal High Court, Abuja, order that the Nasir El-Rufai, Governor of Kaduna State, and the police pay him N40million as compensation for his illegal arrest and detention, Maikori is still being tried in Kaduna.

Obidimma, Coordinator of Imo Bilie Initiative, was arrested on November 21, 2016, by men of the Department of State Services (DSS). He was said to have attended a radio programme in Owerri, the state capital, that day and was dropped off by his colleagues after he was picked up by the security operatives.

Read this also:  Can the APC reign for 60 years?

A broadcaster and former aide of Eze Madumere, Deputy Governor of Imo State, he was arrested over a Facebook post where he criticized the state government.

Okai, a blogger in Kogi State, was arrested on April 9, 2017 in Abuja for circulating reports of Yahaya Bello, Governor of the state’s alleged inflation of contracts to acquire vehicles for traditional rulers and his commissioners.

After his arrest in Abuja, he was handed over to the Kogi State Special Anti-Robbery.

The Bureau Chief of Leadership newspaper in Kaduna State was arrested on April 19, 2017 for alleged incitement on a Whatsapp group that called for a protest against the killings of civilians in the state.

According to the police’s First Information Report, Joseph and a second person, Yayock Eusebiuf, were charged for criminal conspiracy, inciting disturbance and injurious falsehood.

For his critical Facebook comments against the government of Ebonyi State, Otu, a correspondent with the Guardian newspaper, was assaulted in Abakaliki, the state capital on June 2, 2017.

The journalist, who is also the publisher of Conscience, a local newspaper in the state, had used his newspaper and Facebook to “expose the failures of the state government in many sectors and critically analyze its programmes and projects.

“They accused me of being a threat to a state government and threatened to silence me unless I signed a written undertaking never to write anything against the state government,” Otu said.

“I collapsed at the police station, having lost consciousness due to the severe beating they gave me but I was revived at the emergency ward of the Federal Teaching Hospital, Abakaliki.”

He was arrested on June 15, 2017 in Katsina over comments questioning the legitimacy of Mansur Mashi’s election as a member of House of Representatives from the state.

Katsina had posted a comment on Facebook analysing the outcome of the Mashi/Dutsi bye-election conducted in May and wondering why Mashi was allowed to contest the poll, despite facing court action on alleged corruption.

He was detained overnight despite efforts by the Katsina state branch of the Nigerian Union of Journalists (NUJ) and officials of the Nigeria Guild of Editors (NGE) to secure his release.

In March 2017, Saeed was sentenced to nine months imprisonment by a Chief Magistrate Court for defaming Aminu Masari, Governor of Katsina State.

“He said the accused person posted on the media that it was Gov. Masari who influenced the impeachment of Speaker of Katsina State House of Assembly, Aliyu Muduru.”

On March 3, Musa was arrested by SSS operatives for posting an image of Kogi State Governor’s house in Abuja in a Whatsapp post, which generated comments that the state government felt inappropriate.

Why CPN was excluded from NITDA’s board