Blockchain can help prove that development money is working, moving uncertain investors to commit. The world has an unprecedented opportunity to end poverty and to transform our environment – thanks to blockchain technology.

Governments, the private sector, philanthropic organisations, and hundreds of millions of people are ready to invest their money to support poorer communities, clean oceans, and slow global warming.

But up until now, they haven’t been able to contribute with a high degree of certainty that it will go to the right projects, will have a positive impact, or that they will get a return on their investment.

This is changing, owing to new technology. A new economic order is being built.

Imagine a project in which an investor funds solar kits for households in East Africa – thereby freeing off-grid communities from their reliance on kerosene lamps which emit potentially harmful gasses and burn carbon.

If accurate data can demonstrate that families have paid for the kits over two or three years, the investor can recoup their contribution with interest.

Who wouldn’t want to invest in such a program?

Or consider a project in which immunization injections are administered to young women. Governments and organisations everywhere would be happy to pay huge grants to organisations that could prove they are getting results. People could invest in such a program and get very healthy returns.

How AI and the Blockchain can help

Let’s take the example of the immunization program for young women. Each of the women’s identities can now be recorded by fingerprint or facial recognition software. This is a hugely important step forward.

Meanwhile, the administration of the vaccine can be digitally recorded and then verified by independent human evaluators who have an incentive to tell the truth.

In the East African example, where homes are supplied with solar kits, evidence can be collected about the initial installation with unique evidence of customer identification, unit ID, GPS location and functionality.

This type of data can then be kept on the blockchain – which for those not yet in the know is a digitised, decentralised, public ledger. Once trusted data is written to a blockchain it can’t be altered by anyone.

Now imagine if the world had its own blockchain-based ledger about every impact project which anyone could access through a mobile phone app.

Meanwhile, people and organisations that want to do good would be motivated to act – confident in the knowledge they will win further funds by being able to prove their own impact.

All this could mean a new era for impact investment. Impact investing is a fast-growing, multi-billion pound industry – but it’s historically been limited by a lack of transparency.

The technologies described above, with the introduction of a Global Impact Ledger, are about to solve this problem. And finally usher in the end of poverty. 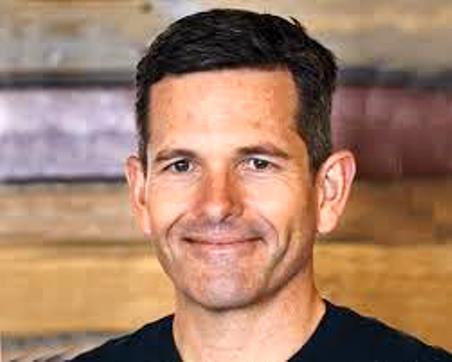 Dr Shaun Conway (@_shaunconway ) is founder and President of the ixo Foundation, a software development foundation building a blockchain for impact. Read the original article on Thomson Reuters Foundation.

Amazon is exploring a US$2 billion investment in Airtel