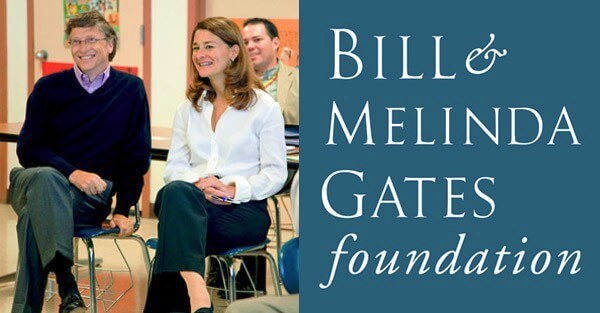 Bill and Melinda Gates, co-chairs of the Bill & Melinda Gates Foundation, will gather emerging and established leaders in government and business, as well as activists and performers, at Goalkeepers 2018 in New York City, September 25-26. In its second year, the event will highlight the stunning progress in reducing extreme poverty since 1990 and showcase what’s possible if the world invests in the health and education of its growing youth populations, particularly in Africa.

Goalkeepers is a multiyear campaign dedicated to accelerating progress towards the U.N. Sustainable Development Goals (Global Goals). Using powerful stories, data, and partnerships, Goalkeepers highlights progress achieved, holds governments accountable, and brings together a new generation of leaders to address the world’s major challenges. This year, Goalkeepers will focus on youth population growth and how it affects future world progress. Speakers will showcase how investing in “human capital”-the health and education of young people-unlocks productivity and innovation, reduces poverty, and generates prosperity.

On September 18, a week before the New York event, Bill and Melinda Gates will launch their Goalkeepers 2018 report. Also in its second year, the report will highlight innovations and key investments the world must make now to ensure that young people reach their full potential and usher in an era of global prosperity and security.

The Goalkeepers Global Goals Awards will be presented on September 25, the evening before the Goalkeepers daytime event. In partnership with the Bill & Melinda Gates Foundation and UNICEF, the awards will celebrate outstanding youth-focused work around the world that is directly linked to the 17 Global Goals. The four award categories include the Progress Award, Changemaker Award, Campaign Award, and Global Goalkeeper Award.

Goalkeepers 2018 will be livestreamed on the Bill & Melinda Gates Foundation’s Facebook channel, https://www.facebook.com/gatesfoundation/.

Visit www.gatesfoundation.org/goalkeepers for more information. The site will be regularly updated between now and the event.

About the Bill & Melinda Gates Foundation
Guided by the belief that every life has equal value, the Bill & Melinda Gates Foundation works to help all people lead healthy, productive lives. In developing countries, it focuses on improving people’s health and giving them the chance to lift themselves out of hunger and extreme poverty. In the United States, it seeks to ensure that all people-especially those with the fewest resources-have access to the opportunities they need to succeed in school and life. Based in Seattle, Washington, the foundation is led by CEO Sue Desmond-Hellmann and Co-chair William H. Gates Sr., under the direction of Bill and Melinda Gates and Warren Buffett.

About Goalkeepers
Goalkeepers is the foundation’s campaign to accelerate progress towards the Sustainable Development Goals (or Global Goals). By sharing stories and data behind the Global Goals through events and an annual report, we hope to inspire a new generation of leaders-Goalkeepers who raise awareness of progress, hold their leaders accountable, and drive action to achieve the Global Goals.

About the Global Goals
On September 25, 2015, at the United Nations headquarters in New York, 193 world leaders committed to the 17 Sustainable Development Goals (or Global Goals). These are a series of ambitious objectives and targets to achieve three extraordinary things by 2030: end poverty, fight inequality and injustice, and fix climate change.

Project Everyone, co-creators of Goalkeepers, was founded by writer, director, and SDG Advocate Richard Curtis with the ambition to help achieve the Global Goals through raising awareness, holding leaders accountable, and driving action.

We are beginning to sell the Nigerian opportunity to offshore investors, NADDC’s Jelani Aliyu