Teleology Holdings, which emerged the preferred bidder for acquisition of 9Mobile, has finally taken over 9Mobile ending months of speculations and intrigues over the future of the telecommunications company.

The company now has a new board and a Chairman, Nasiru Ado Bayero, to chart its struggles for increased brand value and market share.

The company has confirmed it now has regulatory approval to own the company in a statement released in Lagos and signed by one of its new Non-Executive Directors, Mr. Mohammed Edewor.

Edewor said the company has constituted a new board “following the successful completion of the tenure of the former Board appointed by the Central Bank of Nigeria (CBN) and in fulfilment of the consequential transfer of final ownership to the new investors, Teleology Nigeria Limited.”

According to Edewor, the new board is being constituted based on “the issuance of final approval of no objection by the Board of the Nigerian Communications Commission (NCC) to the effect that the technical and financial bids Teleology submitted for 9Mobile met and satisfied all the regulatory requirements”.

9Mobile is a transition from Etisalat Nigeria following a mix of financial and boardroom crises that forced its original United Arab Emirates (UAE) investors to vacate the enterprise and the country. Intervention from the Central Bank of Nigeria (CBN) and the Nigerian Communications Commission (NCC) save the telecoms company from banks owed several billions.

The telco was finally auctioned in a competitive bid won by Teleology Holdings. But unresolved ownership crises had kept the process in limbo until it was finally resolved by the financial and telecom regulators.

“For us, the composition of the new Board of Directors is another significant milestone, said Edewor as he assured subscribers that “we will justify your confidence in our brand by making significant investments that will improve the value you get for using 9mobile.” 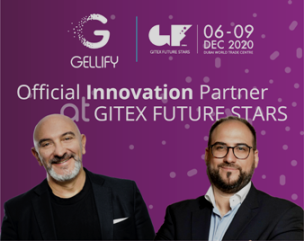 Made in Nigeria – Energizing Nigeria IT startups