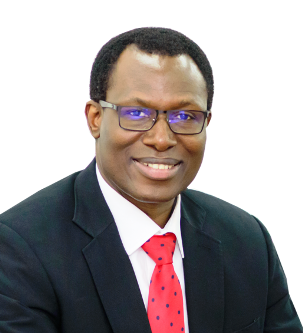 The Association of Licensed Telecommunications Operators of Nigeria (ALTON)  has dismissed insinuations of a rancour between it and management of Nigerian Civil Aviation Authority (NCAA) over levies mast near aviation facilities. ALTON in a statement released in Lagos said both bodies agreed to create an advisory committee to help telecom operators and aviation authorities address issues of mutual concerns.

Our side of the NCAA story, by ALTON

Association of Licensed Telecommunications Operators of Nigeria (ALTON) was at a meeting with the management of NCAA on Tuesday, 12th February 2019 at the Aviation House, Ikeja, Lagos.  At the meeting it was cleared that all taxes charged by the NCAA are statutory as it was in the NCAA Act.

The issues of Aviation mast height clearance was discussed at the meeting because our members are being charged across the nation being it close to the airports or not and the agency tried to increase some of the charges as reported to us by our members and we took it up with NCAA.

ALTON and its members were informed that the essence of the Aviation Height clearance is purely for safety, because they have to identify the routes to guide the Pilots in navigation. We were informed that there are categories of aircraft, big, medium and small, also the choppers and the drones are part of their responsibilities and these are not limited to telecoms infrastructure but to banks, radio stations and high rise building.  The Director General said there are lots of airstrips and helipads the reasons for charging across board.

On the annual renewal, the D.G. informed ALTON that the reason for the renewal is because the earth shift base occasionally and the co-ordinates also changes, as the one taken a year ago may be different from the one taking this year.  The earth moves.

There was no face-off between NCAA and ALTON and its members, though we need clarification on the charges and this led to the agreement at the meeting to form an Advisory Committee which comprises of NCAA and ALTON representatives.

Our members are responsible corporate citizens of the country and natural partners in progress that follows due processes.

We have witnessed in Nigeria today that most of the regulatory bodies have left the regulatory functions and now turn to revenue generating bodies and this brings about multiple taxation and regulation.  Please don’t forget that telecommunication operations is not isolated to the ecosystem, the cost of running business in Nigeria, especially telecoms is triple the cost of running same in Ghana and neighboring countries.  Almost all agencies of government are after telecommunications, why?  We cannot afford to have crisis in the industry because we operate one network in all networks.

We call on the Federal Government to look into the issue of Tax and Levy Amended Order 2015 signed by the former Minister of Finance in the last administration, Mrs. Ngozi Okonji-Iweala.  This order has created lot of confusion in the taxes and levies regime and making the environment hash for business, not minding the Government Ease of Doing Business programme.

The telecommunication industry has been the best customer centric sector, where issue pertaining to subscribers are taking very seriously by both the operators and the regulator and despite all challenges there has not for once be an outage compare to other sectors, where you are put on estimated bills and inconsistence in flight schedules that has made several people missed appointments and valued meetings just to mention few.

We are talking about Smart State initiatives and last mile penetration but some States demands on Right of Way (RoW) are outrageous.  The States supposed to provide infrastructure for operators to lease but telecoms spent about 70% of their Capex on Right of Way leaving the remaining 30% to build, this is not fair.

NBC’s boss to ICPC: Your allegations of stolen N2.5b inaccurate and misleading