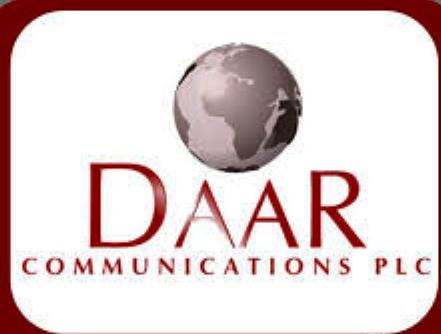 The National Broadcasting Commission (NBC) recently shut down the operations of DAAR Communications Plc, the operators of AIT and Raypower FM. But DARR re-opened less than 24 hours later on the order of a law court.

The broadcast regulator, NBC, had imposed the sanction of closure as ultimate penalty for what it regarded as DAAR’s unprofessional conduct and non-adherence to the Broadcast Code. DAAR’s sins included unedited broadcast of social media contents on one of its daily morning news shows.

“Government has obligation to use social media to promote peace and counter falsehood. It does itself no good to shut down physical media entities or even internet space in the belief that it can silence social media.”

The incident brings to the fore the emergent questions of whether government can still regulate the media and how the regulation can be effective in the age of the social and new media.

The media has changed. Traditional media with all their conservative nuances had long given way to the onslaught and reign of the new media which encompasses the social media.

The internet age has helped to redefine and rework the entire spectrum of news from gathering to production and to sharing – all in realtime once inconceivable. News is no longer at the behest of the broadcaster or media house but at the bidding of the online user with internet access. As long as there is access, news can be made and shared.

Traditional media, for good reasons, have embraced the new media and the implication is that they are subject to the vagaries and vulnerabilities for which social media has become notoriously known in the context of fake news.

But most importantly, for most governments, particularly in the developing world, it is not just the uncontrolled news content but the militancy of news delivery via social media that is most worrisome. Historically, traditional media could be arm-twisted from publishing or broadcasting news regarded as dicey by state functionaries. But not so with social media or new media operators!

In the internet age, social media and other new media tools have been used to help hold governments accountable, bring citizens together to protest violence, empower citizens, provide information to reduce tensions, and build bridges of understanding across boundaries.

“Closure or proscription of any media entity in the internet age can only further expose government as weak and anti-democratic.”

While government may genuinely be worried that new/social media could further exacerbate our fragile peace, it is counter-productive to apply the old method of muzzling the traditional media to the much more dynamic new or social media.

Closure or proscription of any media entity in the internet age can only further expose government as weak and anti-democratic.

Government has many options within the ambit of the law to curtail excesses of professional and non-media practitioners; and within the mix of the same social media, government can engage the same online audience.

Within the law, government can bring news makers and sharers to account for news content considered as promoting violence or divisiveness. This is the path adopted by countries like Germany and France.

Ultimately, countries can only execute laws that work around the dynamics of online media and not by resorting to Draconian actions.

Government has obligation to use social media to promote peace and counter falsehood. It does itself no good to shut down physical media entities or even internet space in the belief that it can silence social media.

In spite of its negative use by some citizens, social media serves well as crowdsource information in conflict hotspots for conflict prevention measures; and has remained a good tool for peacebuilding and increasing contact as well as understanding between opposing groups.

With billions of social media users worldwide, any government that still embarks on trying to shut down traditional media outfit will only help to create internet heroes out of such physical media entities. The DAAR/AIT imbroglio with NBC readily demonstrates this point. The broadcast house recorded over 20 million viewers worldwide hours after it returned to air following the court order.

Lesson: government and regulators must learn to engage rather than use force to tame militant media in the internet age.

How FirstBank Is Making Customers Stay-Connected Through Its e-Channels