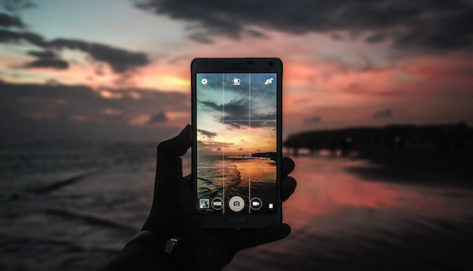 Although spectrum for 5G is yet to be released in Nigeria, telecom operators in the country are maximising the potentials of their 4G range to deliver fast internet connectivity. But this is still limited to major cities. Sam Akindele reports

Amidst arguments on whether Nigeria is ready or not for 5G deployment in view of current challenges facing the telecoms terrain in the country, network operators are forging ahead with their quest to meet the yearnings of Nigerians for fast speed internet. Armed with their 4G spectrum, the operators are now moving from 4G LTE to Advanced 4G or 4G+, which is capable of delivering up to 200 Megabytes per second (Mbps).

Already, two service providers, MTN and VDT Communications have announced the roll out of advanced 4G service. According to a statement from the  company, MTN 4G+ runs on 4G LTE Advanced Technology using a combination of the recently acquired 800 MHz spectrum and 2600 MHz. “The added spectrum and advanced technology extend the reach and capacity of MTN’s data network in Nigeria and enables speeds of up to 200 Mbps. This means a 30-minute HD video could take as little as three minutes to download on 4G+, while the same video would take around eight minutes to download on standard 4G,” the telco said.

“Today, while major cities are set to enjoy 4G+, most rural areas in the country are still on 2G, meaning that they are yet to experience 3G service, let alone 4G.”

On its part, VDT, which has been serving enterprise segment of the market, said it has now joined the retail market in a move aimed at deepening penetration with its advanced 4G LTE service. CEO of the company, Biodun Omoniyi, said opportunity to actualise this dream came with the successful acquisition of a broad channel 2.3GHz Spectrum from the Federal Government through Bitflux Communications Limited; a consortium which VDT is the principal partner.

Omoniyi added that the decision to launch VDT 4G LTE service was born out of the need to bridge existing gaps in the market due to poor quality networks. “VDT 4G LTE Advanced has come to fill these yawning gaps with superior network quality, top-notch network performance and proactive customer and support services,” he said.

However, as much as the new services would be enhancing data experience, its spread still remains an issue. Over the years, there have been concerns over the urban-centric focus of the operators, when it comes to improving network quality and data experience.

Today, while major cities are set to enjoy 4G+, most rural areas in the country are still on 2G, meaning that they are yet to experience 3G service, let alone 4G. The skewed deployment of 4G, though fairly based on bottom line consideration, has been the bane of Nigeria’s broadband quest.

While broadband penetration in the country is said to be at 33 per cent as at April this year, it does not represent a national overview of access. According to industry analysts, this 33 per cent of the population can only be traced to three major cities—Lagos, Abuja, and Port Harcourt. Unfortunately, this was not the target of the National Broadband Plan.

In weeks or months to come, there is no doubt that other network operators are going to join the 4G+ trend to remain competitive. The question is: Who will remember the thousands of rural communities that are still on 2G? This is a challenge to the telecoms regulator, Nigerian Communications Commission (NCC). No Nigerian should be left out of the digital train.

Novartis launches SMS for Life 2.0 in Nigeria to improve access to essential medicines