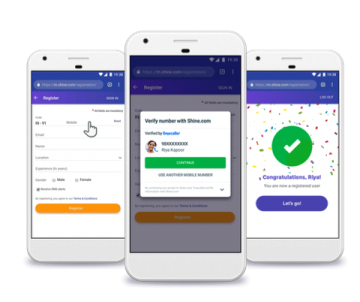 Truecaller will be harmonising their operation with the Nigerian Data Protection Regulation (NDPR), Director General of the National Information Technology Development Agency (NITDA),  Mr.  Kashifu Inuwa has stated at the just ended Gulf Information Technology Exhibition (GITEX) where the NITDA managed Nigeria’s participation alongside other 145 countries.

Truecaller is one of the globe’s leading caller ID and spam blocking app on smartphone. It was developed by the Swedish company, True Software Scandinavia AB. Over 150 million people use the Truecaller services worldwide and in Nigeria, the service has gained users tremendously in the last few years.

The app is available for Android, iOS, Symbian, and Windows phone.

Earlier in September, the Nigeria’s IT clearinghouse, NITDA had announced it was investigating potential breach of privacy rights of Nigerians by the Truecaller service.

The NITDA said it was acting within the purview of Section 6(f) of the NITDA Act 2007, which empowers it to render advisory services in all information technology matters to the public and private sectors.

It would appear the Swedish company founded in 2019 by Nami Zarringhalam and Alan Mamedi has made moves to comply with Nigeria’s data privacy laws.

Kashifu stated at GITEX that “an investigation that was conducted earlier revealed that Truecaller’s Privacy Policy didn’t meet up to global laws on data protection and Nigerian’s Data Protection Regulations.”  He asserted the powers of the agency to monitor the activities of digital service providers with a view to ensuring the rights of Nigerians are not unduly breached while also improving the operational environment to support ethical players in their bid to get maximum benefit from Nigeria.

Truecaller is one of the go-to apps Nigerians use in identifying incoming calls from unknown numbers. There are over seven million active Nigerian users of the service.

“The Swedish company has written to us to find ways to harmonise operations and comply with the Nigerian Data Protection Regulation,” the NITDA’s boss added.

Ministry of Communications, NITDA to create framework for increasing IT innovation hubs

Liquid Telecom is offering $1000 GoCloud Credit to Startups in NINe