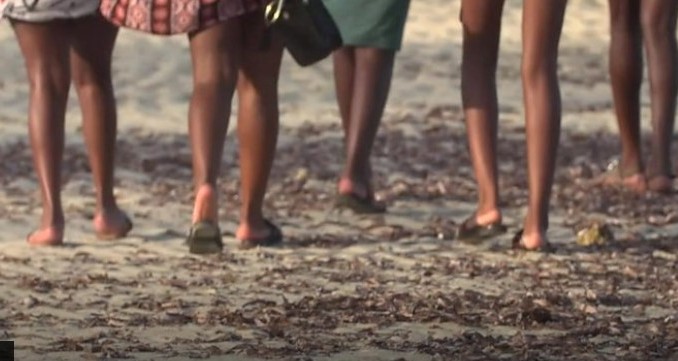 The internet may be the most life-transforming tool in modern era, but it also is the greatest threat to building a functional society. According to some experts in Jos, central Nigeria, it may be the most singular destructive weapon against teenagers. Parents, governments, and other stakeholders need to adopt proactive action plans at child cyber protection and securing children from online prowlers.

The experts spoke at a side-forum on ‘Teenagers in the Age of Cyber World – The New Free World’ which was part of the HackJos Conference that recently held in Jos, Plateau State. Put together by the ccPro organisation which focuses on child cyber protection, the sub-forum warned that failure of government to act immediately and decisively on the growing menace of child cyber abuses in Nigeria such as inappropriate contents including sexting and nudes; dangerous ideologies, and cyber bullying among others could mean building a future generation of “digital idiots.”

A report by the UK Cyber Security Association states that child pornography, and other sexual misdemeanors that make children vulnerable to predators online, are some of the dangers inherent with using the internet by teenagers as innocuous as it may seem. According to the association:

Shockingly, these grim findings are similar to the outcome of a survey research conducted by ccPro last month, October 2019 in Jos covering the three local councils of Jos north, Jos south and Jos east.

While the contentious argument would be that internet penetration is still low in most northern states in Nigeria but the reality, as the researchers found out, is that mobile internet access in these urban communities among teenagers is high and exposure to cyber abuses has concomitantly been on the rise.

Of the 150 teens interviewed from the age of 8 to 19, in each of the councils [in Jos], some respondents as young as 10 years are already exposed to sexting online; a higher percentage has been asked and even shared their nude pictures; and a good number has been asked to meet physically with their new online friends who are often adults.

Interestingly, as the research shows, parents or guardians either live in complete denial of what their teens are doing online or grudgingly accept that the danger is still far from being alarming. But this is not so, to go by ccPro’s findings.

Of the 150 teens interviewed from the age of 8 to 19, in each of the councils, some respondents as young as 10 years are already exposed to sexting online; a higher percentage has been asked and even shared their nude pictures; and a good number has been asked to meet physically with their new online friends who are often adults.

But sex is only a part of the problem. Many showed they have been exposed to new beliefs and ideologies contrary to what their parents or guardians have taught them.

“The dangers are real and unrelenting,” said Co-Founder and CEO of ccPro, Delmwa Gogwim, in her presentation at the vent. She asked the audience if they are certain of what their wards do online as she explained the outcome of her organisation’s research work.

“Our children are increasingly becoming vulnerable to cyber predators and the internet is becoming not just a tool for awareness or education but the ever present danger that could alter the lives of millions of teenagers for the worse,” said Gogwim.

“Our findings show that not only are children being asked for their nudes, or getting influenced online to become addictive to unwholesome sexual behaviors,  they are also increasingly being led to deviant attitudes through exposure to teachings or thoughts processes that encourage the use of violence as a way of being heard or getting results.

“We may be ignoring a danger that would make tomorrow’s leaders a burden to building a functional society,” she added.

For the panelists:  Mrs. Ruth Umaru , a lecturer with the University of Jos and  Proprietor of Delight Academy and Special Needs; and Mr. Godwin Uhrei, founder of Oakland Polytechnic, parents have a vital role to play in ensuring that their children become aware of all the concealed dangers online.

Umaru said the need for parents to check what their children do online can never be more timely than now. She suggested that parents should have a phone time for their children and not let them be on the phone 24/7.

On his part, Uhrei said parents should be accessible to their children , so they can freely talk about anything they do not understand online. An online control app that parents can use to monitor what their children do online would also be a good tool to checkmate exposure to cyber risks, added Urhie.

Two teenagers willingly shared their online experiences at the event. They mentioned that they go online to study but also chat with friends which include adults. They mentioned experiences of adults sending them nudes and making sexual advances and how they had to either block the individual or report them to their parents.

For the experts, education begins at home but government must lead the national strategies against predators, pornography targeting children, online gambling, cyberbullying, unwholesome social networking targeting to take advantage of children and unhealthy ideologies that could mentally deform young people. Government also has a duty to lead collaborative efforts aiming to use both advocacy and technology to ensure online child safety.

An initiative of nHub as part of efforts to deepen conversations on creating a tech-driven economy, promoting innovation hubs across the country and kitting young people with software and entrepreneurship skills, HACKJOS 2019 was supported by ITF, Smartweb, Qitech Technologies Limited, Bluewhale, and Knowhow Media International & market Intelligence (KMMIIL) Ltd.