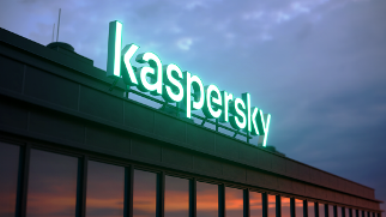 Kaspersky researchers have shared their vision on Advanced Persistent Threats (APTs) in 2020, pointing out how the landscape of targeted attacks will change in the coming months. The overall trend shows that threats will grow in sophistication and become more targeted, diversifying under the influence of external factors, such as development and propagation of machine learning, technologies for deepfakes development, or tensions around trade routes between Asia and Europe.

The predictions were developed based on the changes that Global Research and Analysis Team witnessed over 2019 to support the cybersecurity community with some guidelines and insights. The latter, along with a series of industry and technology threat predictions, will help to prepare for the challenges that lie in the coming 12 months.
The abuse of personal information: from deep fakes to DNA leaks
After a number of personal data leaks that happened in the past years, the number of personal details available made it easier for attackers to perform targeted attacks, based on victims leaked info. The bar has been raised, and in 2020 the threat actors will dive deeper, hunting for more sensitive leaks, such as biometric data.
The researchers pointed out a number of key technologies, which could lure victims of personal data abuse in the attackers’ traps, among them is publicly discussed video and audio Deep Fakes that can be automated and support profiling and creation of scams and social engineering schemes.
Other targeted threat predictions for 2020 include:

“The future holds so many possibilities that there are likely to be things that are not included in our predictions. The extent and complexity of the environments in which attacks play out offer so many possibilities. In addition, no single threat research team has complete visibility of the operations of APT threat actors. We will continue to try and anticipate the activities of APT groups and understand the methods they employ, while providing insights into their campaigns and the impact they have,” says Vicente Diaz, security researcher at Kaspersky.
The predictions have been developed thanks to Kaspersky threat intelligence services from around the world. On November 20, Kaspersky GReAT researchers will also share their predictions for upcoming changes in the world of major threat actors in 2020. To join the webinar please click this link (https://bit.ly/35kxW0u)
The full list of Kaspersky Threat Predictions for 2020 is available on Securelist.com
This list of predictions is a part of Kaspersky Security Bulletin (KSB) – annual series predictions and analytical articles on key changes in the world of cybersecurity. Follow this link (https://bit.ly/2qjmaoh) to look at other KSB pieces.

Why we manufacture electronic payment kiosks in Nigeria