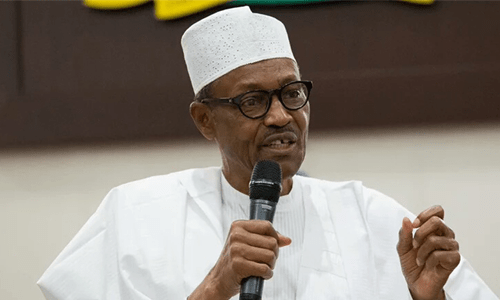 The federal government has asserted that telecom facilities are critical national infrastructure (CNI) deserving of protection by governments of the 36 states in the federation.

Speaking through the Ministry of Communications and Digital Economy, the federal government expressed shock at series of targeted attacks by agencies of some states against telecom facilities under the guise of collecting levies and consequently undermining the operation of such facilities.

The ministry said such actions constitute violations of the country’s laws and constitute a threat to both national security and economic development.

It has urged the states through their governors, who are also the Chief Security Officers (CSOs) of their various states, to initiate actions that would end the problem.

A statement released today in Abuja by the ministry noted: “the attention of the Honourable Minister of Communications and Digital Economy, Dr Isa Ali Ibrahim Pantami, has been drawn to very serious, unpatriotic and corrupt activities of some criminal elements within the public service, who have continued to engage in acts capable of undermining the national security.

“The office of the Honourable Minister has received several complaints from Mobile Network Operators (MNOs) about the unfortunate incidences of forced closures or outright destruction of telecommunications infrastructure in some parts of the country.

“Base Transceiver Stations (BTS) and other telecommunications facilities are reportedly being vandalised and MNOs, are hindered from delivering the requisite services to the consumer by state owned agencies in some parts of the country.

“In a correspondence with the Honourable Minister, the Office of the National Security Adviser (ONSA) confirmed and emphasised that, telecommunications infrastructure are a Critical National Infrastructure (CNI), and are central to national security.

“Also, these actions constitute a violation of relevant laws of Nigeria and are a threat to national economic development as most businesses nowadays, depend on services provided by telecommunications operators.

“In line with the provisions of the Cybercrime Act of 2015, Telecommunications Infrastructures are designated CNI and therefore, any acts of vandalism or deliberate obstruction of service delivery is deemed unlawful and punishable by law. The Honourable Minister of Communications and Digital Economy, in an earlier intervention to bring this challenge to a permanent end, had written to all affected state chief executives in this regard, urging them to ensure that all agencies and residents, within their respective domains desist from these despicable acts.”

Facilities by telecom operators are frequently shut down by agencies of some of the states as part of punitive actions to make such operators pay levies and taxes often deemed to be illegal by the MNOs.

The telecom sector has been faced with issues of multiple taxations and levies forcing operators to, in the past, ask the presidency and National Assembly to intervene.

The statement by the Ministry of Communications and Digital Economy would appear to be first time the federal government would be opting to adopt a more aggressive proactive approach at protection MNOs from excesses of agencies in some states.

“In an era where development is tech-driven and the federal government is making concerted efforts to digitalise the economy, the actions of these unscrupulous elements strive to undermine the President’s Digital Economy Agenda and indeed, the overall development of the country.

This wanton destruction and total disregard for CNI, must be stopped forthwith. The federal government is doing all it can, to ensure the security of the lives and properties of its citizens and will not condone any acts that will jeopardise its efforts,” said the statement.

“All governors, whose states are affected by this scourge, are respectfully reminded and encouraged, to immediately deploy strategies that will bring an end to it. As Chief Security Officers (CSOs) of their various states, they are to ensure the immediate implementation of, and compliance with this directive and anyone who persists with this criminal act brought to book in accordance with the law,” added the statement.

In a related development, Pantami has expressed concerns about the obstruction and hindrance to the activities of MNOs, by some men of the Nigeria Customs Service (NCS), thereby constituting a challenge to telecommunications services delivery.

The minister confirmed that he has received numerous complaints alleging that men of the service, especially around border towns where BTS are located, deny passage to petrol tank drivers, thereby denying them access to refuel generators supplying power to these base stations. He has warned that the effects of these acts are a threat to national security and economic growth and cannot be ignored.

“The Federal Ministry of Communications and Digital Economy, while applauding the revived efforts of the NCS in tackling the activities of smugglers, however, urges the service to direct its officers deployed to these locations, to identify and grant concession to genuine drivers carrying petroleum supplies to remote locations and are a critical link in the chain. The Economic Recovery and Growth Plan (ERGP) of President Muhammadu Buhari GCFR, is centred around a Digital Economy and the telecoms sector, occupies a central position in the scheme of things. It is of utmost importance that public institutions collaborate and form partnerships that will ensure the security and prosperity of all Nigerians.

“The federal government assures stakeholders, operators and indeed all law abiding citizens, of its commitment to providing a safe business environment for investments to thrive,” said the statement by the ministry signed by the minister’s spokesperson, Mrs. Uwa Suleiman.