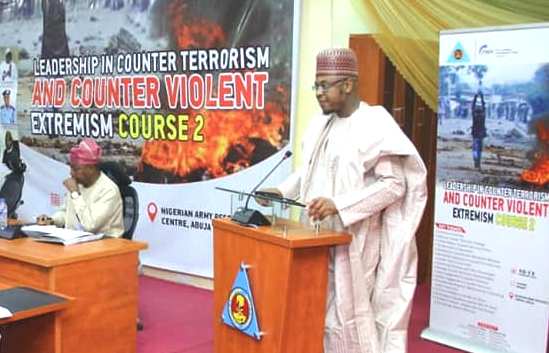 The country’s military and intelligence community must begin to explore the tools allowing extremely large data sets to be analysed computationally in a way that reveals patterns, trends, and associations, as they relate to human behaviour and interactions – in this case terrorists and terrorists cells, Pantami revealed while lecturing on ‘leadership in counter-terrorism and counter violent extremism’ at the Nigerian Army Resource Center.

His words: “It is evident that terrorists are exploiting social media, encrypted communications, and the dark web to spread propaganda, recruit new followers and coordinate attacks.”

Insurgency is fostered on technologies that increasingly build and feed on data. As a field, Big Data provides ways to ‘analyze, systematically extract information from, or otherwise deal with data sets that are too large or complex to be dealt with by traditional data-processing application software,’ making it possible for the authorities to deploy counter or preventive innovations against encrypted communications and web based tools used by terrorists to spread fear and carry out attacks.

A lot of solutions now exist within the realm of emerging technologies that the military could leverage on to neutralize terrorists, the minister stressed. Big Data Analytics; Internet of Things (IoT); robotics; Machine Learning (ML) and Artificial Intelligence (AI) are innovations that the country’s strategic security thinkers must be cognizance of as they evolve policies and actions to fight terrorism.

He said“the massive increase in computing power and advances in machine learning has made it possible to examine huge amounts of data related to crime and terrorism, to identify underlying correlations and causes.”

Already, the ministry and the country under President Muhammadu Buhari are putting in place measures that reflect the dynamics of emerging technologies through government push for a digital economy, added Pantami.

His words: “Under my leadership, the Federal Ministry of Communications and Digital Economy has developed and is implementing the National Digital Economy Policy and Strategy for a Digital Nigeria.”