The Director-General of the National Broadcasting Commission, NBC, Ishaq Modibbo Kawu, has been suspended.
Sources confirmed to AIT that the suspension is at the directive of President Muhammadu Buhari and it takes immediate effect.
The suspension of the Director-General is in connection with the corruption case involving him and pinnacle communications, the signal carrier of the Abuja digitization exercise by the Independent Corrupt Practices and Other Related Offences Commission (ICPC), over alleged N2.5 billion fraud.
The ICPC had asked the Federal Government to suspend Modibbo Kawu from office pending the conclusion of the case.
The most senior Director in the Commission, Professor Armstrong Idachaba, has been asked to take over the affairs of the Commission. 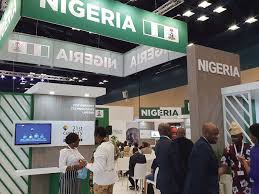 Global industry gears up for GITEX 2021, launch of GITEX Global Visions for Middle East and Africa