As part of its continuous support for the Nigerian military in the fight against insurgency, Nigerian Communications Satellite (NIGCOMSAT) Limited recently restored communication equipment for ‘Operations Lafiya Dole’ at Damasak-Fatori in the far north-eastern part of country.

NIGCOMSAT Ltd owns and operates the Nigerian communications satellite systems including NigComSat-1R system, built to provide domestic and international satellite services with footprint all over Africa, parts of Asia and Europe.

Operation Lafiya Dole is the coordinated military actions against fleeing Boko Haram/ISWAP terrorists in the north-east.

Since 2009, Boko Haram has waged war against the Nigeria state. Attacks by the terror group and its affiliate, ISWAP, are now been largely confined to the three north-eastern states of Adamawa, Borno and Yobe. 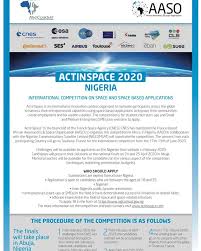