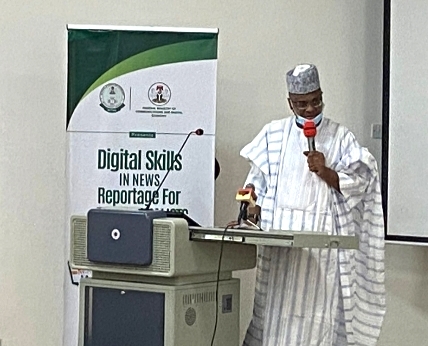 The Nigerian government is optimistic that the prices of telecommunication services including data will crash by 40% or more as a result of the policy thrusts initiated to drive local and offshore investments.

This optimism was expressed, this week in Abuja, by the Minister of Communications and Digital Economy, Dr. Isa Ali Ibrahim Pantami, who also stressed that broadband penetration had improved by no less than 10%  since his assumption of office, about a year ago, to underscore the increasing confidence in the market by operators.

National broadband penetration has grown from 31.5% as at July, 2020 to currently 40.18%, said the minister while speaking at the opening ceremony of a five-day capacity development programme on ‘Digital Skills in News Reportage for ICT Journalists.’

According to Pantami, it is noteworthy that the government had, within the last 12 months, resolved two key industry challenges: the recurring problems over right of way (RoW) charges; and the debilitating setbacks suffered by operators including equipment vandalisation as they concern critical infrastructure protection.

Organized by the National Information Technology Development Agency (NITDA), Pantami told the journalists at the training that Digital Nigeria will not be achieved without training people to actualize the vision. He said journalism was key to promoting and sustaining democracy with good governance not only in Nigeria but globally.

“Journalists are at the forefront of catapulting good governance,” said Pantami while stating that the training was designed as part of the implementation of the National Digital Economy Policy and Strategy (NDEPS) for Digital Nigeria. His words: “We will be organizing similar digital skill training for farmers, people living with disabilities and civil servants.”

He encouraged the participating journalists drawn from about 40 media organizations to leverage the skills being impacted on them to improve their capacity to deliver accurate and objective news in real-time.