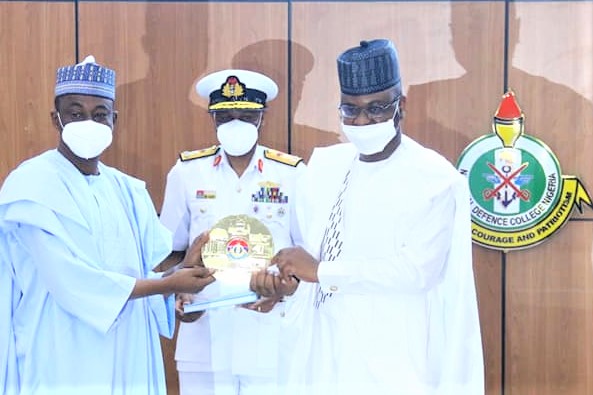 Nigeria’s vision for a digital economy can only be actualized with a shift from certificate education to skill based learning, said Minister of Communications and Digital Economy, Dr Isa Ali Ibrahim Pantami.

Pantami, speaking this week in Abuja as the guest lecturer at the Course 82 graduation ceremony, National Defence College, advocated for skills over paper qualifications.

Global businesses and tech giants have since adopted the strategy, as individuals with proven skills remain more valuable than those with mere qualifications, the minister stressed.

According to him, digital literacy with skills was one of the pillars outlined for the development of the digital economy of Nigeria in line with the National Digital Economy Policy and Strategy (NDEPS).

To Pantami, the emphasis on certificate has become both unhealthy and anti-development.  He urged for a radical shift on skills in the hiring of labour as this has become necessary to play catch up with the rest of the world.

Like many developed and developing countries such as China, United States and Morocco that had already shifted attention to skills, he said his ministry was already leading the change in focus from certificate.

“The digital literacy and skills pillar recognises the fact that citizens are the greatest assets in any economy, including the digital economy. It will support the development of a large pool of digitally literate and digitally skilled citizens.

“We recently provided a platform, the DigitalNigeria.gov.ng platform, to enable Nigerians receive training in diverse digital skills. Over 36,000 Nigerians have enrolled on the platform since the 2nd of April, 2020.

“We are championing a paradigm change that lays emphasis on skills, in preference to merely having degrees without skills.

The new drive is to build skills centres and get even those that have acquired certificates to become skillful in specific economic areas.

“The National Defence College is an institution that supports the development of skills and there are many digital techniques that can support the great work that you are doing here,” said Pantami.

While certificates remain important, the catalysts to drive the 21st century digital economy rests on skills. Nigeria has no choice that to refocus its education and human capacity development, the minister said.

The technology sector will continue to grow in influence, added Pantami while referring to the recent first quarter Gross Domestic Product (GDP) Report released by the National Bureau of Statistics (NBS). The report showed that ICT contributed an unprecedented 14.07 per cent to Nigeria’s total real GDP.

Minister of Defence, Maj.-Gen. Bashir Magashi, said the Federal Government had taken steps to adopt, adapt and internalise the digital economy in a functional manner.

Magashi, who was represented by the Permanent Secretary, Alhaji Sabiu Zakari, said it was important that security and defence establishments show more than a cursory interest in the digital economy.