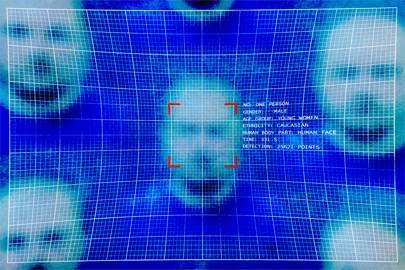 Predictability fueled by Artificial Intelligence (AI) and big data has the ability to reduce violent crimes by 25% by 2023 according to Aura, a local B2B technology platform. Aura CEO and co-founder, Warren Myers, says that technology has a vital role to play in establishing a predictability, data-driven approach to improving security measures and curbing crime.

South Africa’s crime statistics continue to rise, and Myers says that it is becoming increasingly critical to find an effective solution to counter this spiked increase. As a locally developed technology platform, Aura has the answer. It enables registered users to access the closest vetted security response vehicle to their location, anywhere, anytime using a connected device.

“South Africa’s crime rate is well documented, and it seems set to continue to spiral out of control in the current economic climate. Hyper scale technology tools like AI, machine learning, blockchain and Internet of Things (IoT) are creating a playing field where we can begin dreaming of fixing the biggest problems like crime, not only in South Africa, but across the planet,” says Myers.

He says that Aura was launched to create a data on-demand service, using statistical data to guide decision-making and assist private security companies to become more accessible and effective: “Our technology has the potential to save over 10 lives and more than 50 sexual assaults per day. We also boast an average of 5 minutes response times nationally,” says Myers.

There are 7000 private response vehicles across the country, which only service 2% of the population. In addition, these vehicles are only in service 5% of the time, leaving a significant 95% idle: “The demand-supply theory is clearly not in play as there are tens of millions of South Africans who desperately want affordable and accessible private security services,” says Myers.

The answer, according to the ecosystem created by Aura, is to utilise consolidated big data and AI. Myers says that in reality security reaction vehicles are not enough to prevent crime, evidenced by the large percentage of which are idle and the continued increase in crime: “By using technology, we can create the greatest crime fighting weapon in history: predictably. This will take us beyond mere reactionary armed response, giving us a fighting chance against crime.”

Predictability, according to Myers, is what helps Facebook suggest the perfect getaway or how Uber ensures the wait is never too long: “It is about being a step ahead all the time. The system is versatile, adaptive and will grow and evolve just as criminals do. Pivoting is what helps most remain elusive to security forces. As methods are identified, criminals adjust and create new or varying tactics to successful carry out their crimes. By being a step ahead, pivoting will become much harder to achieve.”

Aura gathers and centralises national data from more than 200 private security companies, before applying AI. The company also includes mass threat detection devices such as open access CCTV: “The public should have access to a centralised panic system, either via an app or wearable technology, which will enable everyone to immediately report crimes. We also work closely with private security to ensure we have fast effective armed reaction to effect arrests,” says Myers.

He says that in five years it will be extremely difficult to be a criminal thanks to AI and big data and, most importantly, predictability.

“Aura believes that being safe is a basic human need and our vision is to create a world where everyone is safe. Our message is one of hope because we have the power through these technology tools to beat crime, and much like super heroes that overcome all, we want this platform to be the winner for the people,” says Myers.

Nigeria and the conspiracy theory against Bill Gates