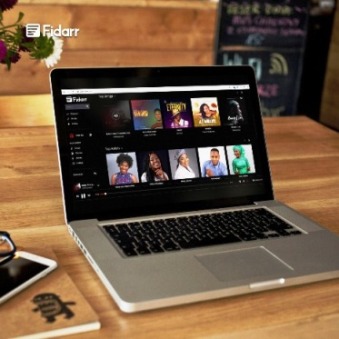 Remote working and distance learning amid the coronavirus outbreak continue increasing global demand for PCs and laptops. After a sharp fall in the first quarter of 2020, global PC shipments have grown in the last six months, despite the effects of the COVID-19 crisis.

According to data presented by StockApps.com, Lenovo, HP, and Dell, as the world’s three largest PC manufacturers, shipped 121.5 million units in the nine months of 2020. With 47.1 million shipments in this period, Lenovo tops the global PC vendor ranking.

More than 187 Million PCs Shipped Between January and September, a 1.6% Drop YoY

The rise in smartphone usage and the global shift from hardware to cloud solutions had been driving a downturn in global PC shipment for seven years in a row. In 2011, 365.3 million units were shipped worldwide, revealed the Gartner data. By the end of 2017, this figure dropped by almost 30% to 262.7 million.

The 2018 shortage in Intel central processing units brought a new hit for merchants’ supply chains and cut global shipments to 259.7 million that year, under 2007 levels.

In 2019, 261.2 million PCs were shipped worldwide, which was a slight increase from 2018 figures. However, the COVID-19 outbreak triggered the biggest fall in shipment since 2013, as pandemic affected supply chains.

The Gartner data showed 51.6 million PC units were shipped in the first quarter of 2020, down 12.3% from the previous year. Between April and June, the market started showing signs of recovery, with global PC shipment rising by 2.8% YoY to 64.8 million.

Consumer demand for PCs due to remote working, home entertainment, and distance learning amid an ongoing pandemic, along with the strongest US PC market growth in a decade, drove the global market momentum in the third quarter of the year. Between July and September, 71.4 million PCs were shipped worldwide, a 3.6% jump year-over-year.

The Gartner data also revealed that Lenovo, as the market leader, increased its market share in 2020, despite the COVID-19 pandemic. In the fourth quarter of 2019, the Chinese tech giant had a 24.8% market share, with 17.5 million shipments worldwide.

The Gartner data indicate that Dell’s market share, as the third-largest PC vendor globally, dropped from 17.2% in Q4 2019 to 15.2% in Q3 2020. The US computer technology company also witnessed the most significant drop in PC shipments among the top three vendors, with the figure falling from 12.1 million in December to 10.8 million in September.

The full story can be read here: https://stockapps.com/top-three-pc-vendors-shipped-121-5-million-units-in-2020-lenovo-leads-with-47-1-million-shipments/

NITDA offers Startups a chance  to pitch for business at Gitex