By Rupert Shaw, CCO of Ding

Home to more than 1.3 billion people, Africa is a promising region for investors and fintech innovation. As connectivity improves, Africa is displaying massive growth in demand for mobile data. Significant socio-economic and political progress has created a digitally-savvy customer-base and countless opportunities for investment and innovation to serve their needs. which has led to the springing up of hundreds of companies looking to serve this demographic. Through the Covid-19 lockdown, demand for data in Africa soared.

All of the data suggests that Africa’s utilisation of mobile technology is going to continue to increase for many years to come. It is estimated that approximately half a billion Africans will use mobile internet across sub-Saharan Africa by 2025, and smartphone penetration will increase from 44% in 2019 to 65% across the region. Africa’s largest internet market, also Nigeria is predicted to host over 150 million mobile internet users by then. However, it’s worth noting that this progress is not even across the continent; smartphone penetration is high in countries like Rwanda and Kenya, but much lower in countries like South Sudan.

New tech is playing a vital role in changing the way the continent works, creating employment and helping communities and individuals to prosper. The most prominent example of this in African society is the large-scale adoption of mobile phones over fixed-line technology – with companies such as Nokia assisting in the rollout of 5G. Never before have so many users had access to the digital world of mobile banking and mobile internet – which have immense power to transform society and change lives.

New technologies brought about by fintech companies like Cellulate, Jumo, Paga and value transfer platforms such as Ding, are responding to the demand, and are answering some of Africa’s biggest challenges in terms of internet connectivity, finance, agriculture, healthcare and power. A recent UN article shows that in rural Africa, digitalisation is helping African consumers to leapfrog directly into the latest technologies, helping them to increase their yields and get them to market.

Made By Africa: Empowering homegrown talent

Netflix is just one of the companies embracing local market realities and providing African users with mobile compatible deals to their services. Mobile-only subscription plans are cheaper, familiar and much more agreeable to the average African user. After its initial launch in 2016, the US streaming giant is now releasing original content inspired by the African movie industries almost five years later. The initiative, dubbed Made by Africa, was hailed as a lifeline for the African film and television industry during the pandemic.

The demand for mobile plans was such that a strategic change of direction was warranted. Netflix now offers African users two plans, “Mobile” and “Mobile+”. These plans are much more affordable than Netflix’s Basic, Standard and Premium plans which are favoured in America and Europe. Consequently, the mobile plans limit users’ flexibility. Netflix first tested mobile subscriptions in Africa in Egypt in 2018 and later in South Africa in 2019 before conducting a mass-rollout of the offer more broadly across the continent.

In data we thrive

Africa has a young population, and as smartphone penetration increases the demand for mobile compatible or mobile-only deals is likely to rise. For areas where standard WiFi may not be available for some time to come, mobile data plans provide African people with new opportunities for education, employment, and entertainment. Providers who want loyal new customers across Africa should work to encourage and enable that, working to reduce barriers and creating targeted products that are affordable and accessible.

More and more, it’s likely that key consumer brands will tailor their service to meet the growing demand among this demographic of customers. We may see more digital services moving from the one-size-fits-all model to one which is tailored to the more realistic needs of customers, and answering the need for mobile-first. 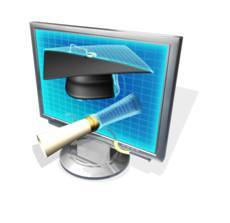