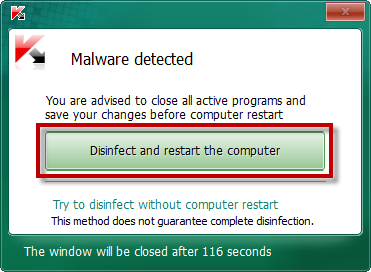 In 2020, globally an average of 360,000 new malicious files were detected by Kaspersky per day – an increase of 5.2% when compared to 2019. This was influenced mostly by a large growth in the number of Trojans (malicious files capable of a range of actions, including deleting data and spying) and backdoors (a specific type of Trojan that gives attackers remote control over the infected device): a 40.5% and 23% increase respectively. These were the trends found by the Kaspersky Security Bulletin: Statistics of the Year Report.

There was also a noticeable increase in the number of backdoors detected, as well as worms (malicious programs that self-replicate on your system), written on the VisualBasicScript language and usually belonging to the Dinihou malware family.

On the decline globally is adware (programs that bombard you with advertisements), which experienced a 35% decrease when compared to 2019. However, some regions saw an increase in adware. In South Africa, for example, by the end of October 2020, the average adware notifications per user increased to more than 33 in comparison to 32 for the entire 2019 – and it was expected that for the 12-months of 2020 more than 256 000 South Africans would have been hit with adware.

The vast majority of malicious files detected (89.80%) occurred via Windows PE files – a file format specific to Windows operating systems. At the same time, the number of new malware related to Android operating systems declined by 13.7%. Given that many people were working and studying from home, most likely on computers and laptops, attackers appear to have shifted their focus to these devices. There was also a 27% increase in the number of different scripts – sent via malicious email campaigns or encountered on infected websites, which could, once again, reflect the fact that people spent more time on the Internet and attackers attempted to capitalise on that fact.

“During 2020, our detection systems discovered far more new malicious objects than they did in 2019. Due to the pandemic, users from around the world were forced to spend more time on their devices and online. It’s hard to know whether or not attackers were more active or our solutions detected more malicious files simply because of greater activity. It could be a combination of both. Either way, we have registered a noticeable increase in the number of new malicious files in 2020, and this will most likely continue in 2021 as employees continue to work from home and countries implement different restrictions. However, if users take basic security precautions, they can significantly lower their risk of encountering them,” comments Denis Staforkin, security expert at Kaspersky.

Read more about the annual threat statistics on Securelist.com.

In order to stay protected, Kaspersky recommends the following:

The statistics report is part of the Kaspersky Security Bulletin 2020. To learn more about threat predictions for 2021, read our reports, which are available here.

Nigeria is top funding hub for tech startups – $334.5M invested across Africa in 2018