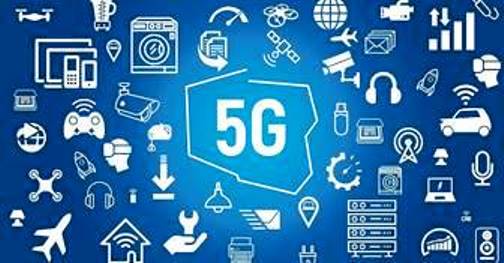 The COVID-19 pandemic forced people across to globe to change their daily lives and, in many cases, work or study from home. The surge in internet use placed enormous demands on communication networks and increased the need for more robust solutions like 5G technology.

According to data presented by AksjeBloggen.com, the number of 5G subscriptions is expected to triple and hit 2.1 billion by 2024.

An Eighteen-Fold Increase Amid the COVID-19 Crisis

The COVID-19 has highlighted the importance of seamless communication technology in keeping social networks connected and economic systems resilient. That is why service providers continued to switch on 5G, despite the uncertainty caused by the pandemic.

In 2019, there were 12 million active 5G subscriptions worldwide, revealed the Ericsson Mobility Report. However, this figure jumped to 217 million last year, an eighteen-fold increase amid the COVID-19 crisis.

Statistics show the number of 5G subscriptions in North-East Asia, as the leading region, is set to reach 490 million in 2021. This figure is expected to jump by 146% and hit 1.2 billion in the next three years or 57% of all 5G subscriptions worldwide.

North America represents the second-largest region with 60 million subscriptions in 2021. This figure is forecast to hit 276 million by 2024, a 360% increase in three years.

However, Europe is set to witness the most impressive growth, with the number of 5G subscriptions surging by almost 500% in this period and reaching 214 million.

The Ericsson survey revealed that in 2019, 74% of people had access to 4G LTE mobile networks. Global 5G population coverage was around 2% that year, with the most extensive coverage growth in the United States, China, South Korea, and Switzerland.

However, with more than 100 5G commercial launches worldwide, the estimated population coverage hit 15% by the end of 2020, equivalent to over 1 billion people.

Statistics show that 5G is expected to be the fastest deployed mobile communication technology in history and is forecast to cover about 60% of the world’s population in 2026.

The full story can be read here: https://aksjebloggen.com/global-5g-subscriptions-to-triple-and-hit-2-1-billion-by-2024/

Reinventing FirstBank through creativity and innovation