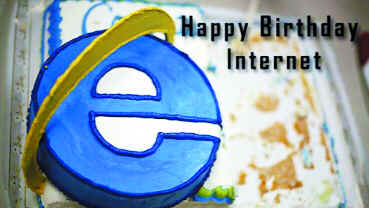 After 30 years of complexity, legality, compliance, and regulation, the internet is facing an uncertain future. IDC reports.

The internet has turned 30, and it is facing an uncertain future in Africa, and the rest of the world. In January 2021, Uganda placed restrictions on citizen use of the internet during the elections. It was a move cited as necessary for security but has far-reaching consequences, creating more concerns than it potentially resolved.

Who is afraid of the internet?

The country is not alone, during the first week of March 2021 more shutdowns were seen taking place in countries such as Niger, Chad, and Senegal. Tanzania placed social media and internet restrictions during its October 2020 elections, Ethiopia shut down the internet for a month in June of the same year, and Zimbabwe, Chad, Guinea, and Burundi also introduced restrictions during the year. In 2019 the internet met with partial or total shutdowns 25 times in Africa, in 2018 that number was 20. It was only 12 in 2017.

Globally, there were 213 shutdowns across 33 countries in 2019. According to Francis Hook, Regional Consulting and Research Manager at IDC East Africa, none of this is new and it is becoming an increasingly trendy political tool.

“There have been numerous incidents of internet shutdowns over the past 15 years, and they all come in different flavours and levels of severity,” he adds. “The impact can vary from a total blackout to partial site blocks or filters. The reasoning behind these shutdowns vary – security, minimise political instability, violence, and control – but the impact can be extensive.”

The Internet Society defines an internet shutdown as a ‘disruption of Internet-based communications, rendering them inaccessible or effectively unavailable, for a specific population, location, or mode of access, often to exert control over the flow of information.’

From a business perspective, a complete internet shutdown can significantly disrupt services. It can bring companies reliant on cloud infrastructure and services to a complete halt, severing their ability to use their financial tools, customer relationship management (CRM) platforms, Voice over IP (VoIP) systems, and all their internet-based applications across logistics and the supply chain.

Organisations using technologies such as automation, Internet of Things (IoT), and internet connectivity to manage their operations are unable to do business for the duration of the shutdown.

“A full shutdown could completely inhibit the use of financial services such as international payments, local payments that rely on internet access such as mobile applications, and government service delivery,” says Jon Tullett, Research Manager for IT Services, International Data Corporation (IDC) South Africa. “This is particularly true in cases where the government uses websites and systems that are hosted in foreign countries.”

The impact goes even further than business and daily financial engagements. It moves into education and healthcare where a lack of connectivity inhibits online learning and the sharing of essential healthcare data. During the pandemic, a comprehensive shutdown has far-reaching ramifications across healthcare, education, and any company’s ability to do business. No face-to-face, no internet, no customer engagement or service delivery.  Of course, this is the impact of complete closure of the internet. If the shutdown is limited to social media platforms, then the impact is significantly less, but no less damaging.

“A social media shutdown is hugely impactful during times of unrest and is probably one of the key reasons for shutdowns,” says Hook. “It is also one of the grey areas as blocking disinformation about politics on social media is arguably a slippery slope to political censorship.”

Access Now revealed that hundreds of millions of people were cut off during the COVID-19 pandemic with India leading the way with the highest number of shutdowns. Other countries implicated include Yemen, turkey, Cuba, Vietnam, Pakistan, Egypt, Algeria, Kenya, and Sudan.

The list is growing, but there is one light at the end of the proverbial tunnel – the numbers are going down. From 33 shutdowns in Africa in 2019 to 29 in 2020, and from 213 globally in 2019 to 155 in 2020, creating hope that this is a trend towards less rather than more control over the technology that comes of age this year.

AI shouldn’t replace the bank manager…it should bring them back!