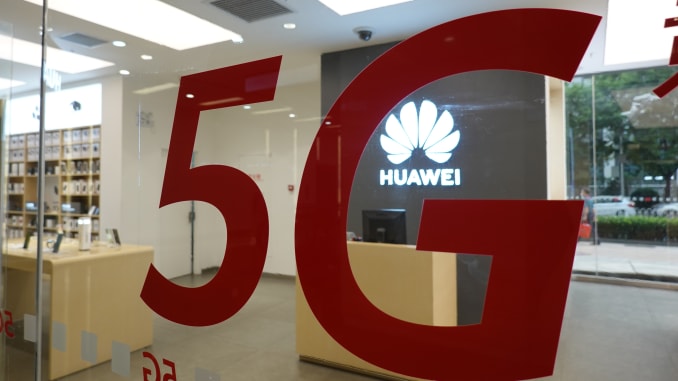 Security in 5G is an important issue, and Open Radio Access Network (Open RAN) has been marketed as an alternative to Huawei and ZTE. However, as Strand Consult described, at least 44 Chinese government owned or affiliated companies have joined the O-RAN Alliance. In fact, one of the group’s co-founders is China Mobile, the state-owned enterprise which ranks as the world’s single largest mobile operator and buyer of Huawei equipment.  ZTE is also a member. The question remains whether Huawei is purposely avoiding the popular 5G policy trend, or just pretending not to care.

For the record, Strand Consult has nothing against Open RAN. It is an interesting idea to see how Huawei could be excised mobile networks through policy innovation. However, the effort to exclude Huawei could have the effect of opening doors to other Chinese vendors which are not Huawei but still present security concerns. Indeed it appears that those who believed Open RAN the way to innovate around untrusted Chinese vendors in US and European networks were overly optimistic.

In any event, Open RAN is not a new mobile standard. It is an industrial collaboration between companies that use 3GPP standards.  Moreover, Open RAN is deeply dependent on the patents from the companies in 3GPP. O-RAN Alliance members are trying to develop the technical specifications that build up the 3GPP standards.  Huawei and other equipment manufacturers own these essential patents. Open RAN is not a separate alternative to classic RAN; Open RAN is built on classic RAN. Without the innovation of the classic RAN providers, there would no market for Open RAN.

Huawei boasts a large research & development (R&D) budget, some 131 Bn CYN ($18.4Bn) in 2019 and 100 Bn CYN ($14 Bn) in 2018. However, Huawei does not disclose how much goes to its different business lines, which include solar panels, computers, smartphones and other products in addition to network equipment.  Let’s assume that Huawei’s R&D is split evenly across the major divisions, that roughly one-third is applied to the carrier business (for example, this segment brought 34.5% of Huawei’s 2019 revenue). This would translate Huawei spending $6.2bn on fixed and mobile infrastructure R&D.

Together Huawei, Nokia, and Ericsson account for $15Bn in telecom R&D. This can be compared to the total market value of the RAN market (2G-5G) being roughly $29 billion, according to Dell’Oro. China’s takes up 25 percent of the total RAN market, double that of Europe. In 5G RAN, China makes up almost half of the 5G spend, and this is primarily associated with the three operators China Mobile, China Telecom and China Unicom.

Strand Consult can only conclude that Huawei is more than likely involved in the Open RAN effort and intends to become the world’s leading supplier of Open RAN equipment. US law prohibits Huawei from delivering this equipment to the US, and other countries have adopted similar restrictions.  However, the premise of Open RAN–the mixing and matching components, the commodification of interfaces, interoperability, and a “vendor-neutral” world—seems tailor-made to Chinese vendors which excel in economies of scale, brand-meaningless products, and open source technologies. How could Huawei not be involved? It can easily white label its products, produce for respected brands, or spin-off an Open RAN unit. Even with the US restrictions, Huawei still has 1.6 billion mobile customers from China’s state-owned operators, a large R&D budget, and unfailing support of the Chinese government. That’s a full house on the poker table.

Here’s the bonus question. Find one mobile wireless CTO that does not want to build the best mobile network at the lowest price. The answer will tell you how well non-Chinese upstarts in the Open RAN community will be able to compete with Huawei.

Now, here’s the obvious point.  Following the many revelations about Huawei’s security risks, mis-dealings, and the subsequent restrictions, the Huawei brand has become toxic in many countries, with many operators, and with many customers. It is possible that Huawei declined to join the O-RAN Alliance formally given the bad press. Indeed Huawei has been adept to use the bad rap to its advantage.  For example, its European customers have jumped on the Open RAN bandwagon as a strategy to hold off the needed efforts to rip and replace Huawei equipment. They argue that they can keep their Huawei equipment until Open RAN is ready in 2026 or at some point in the future.

Open RAN may be an alternative to Nokia, Ericsson and ZTE, but not to China. And if there is any Chinese involvement in Open RAN, then it will probably involve Huawei. In fact, the only alternative to non-Chinese networks are non-Chinese networks. Indeed every consumer desereves at least one non-Chinese mobile network. Consumers should not be forced to have their privacy and security compromised by malign Chinese equipment, even if its marketed as “Open”.

Huawei should put its cards on the table.

Open RAN is an evolving topic. It is an industrial development, not a technical standard. Mobile operators differ in how they plan to incorporate Open RAN. For the moment, Open RAN is a potent marketing strategy. It will be interesting to see whether Open RAN can address growing security concerns. As policymakers get up to speed, they may ask more critical questions.

Some operators have used the promise of Open RAN to argue for subsidies to Open RAN only networks. However if the goals are security and domestic production, then it’s hard to see how Open RAN products made in China can fit the bill. Could a new non-Chinese Open RAN manufacturer produce outside of China? That is a topic for another research note.

In any event, COVID has helped policymakers to recognize the value that telecommunication brings to society, the importance of its security, and the need to lessen, if not eliminate, supply chain exposure to China.

Policymakers in the US and EU are increasingly concerned about security in 5G networks. In 2019 – 2021 Strand Consult published many research notes and reports to help telecom companies navigate a complex world, including ground-breaking reports about Huawei’s market share in Europe.  While the media has largely focused on Huawei, the discussion should be broadened to the many companies that are owned or affiliated with the Chinese government including but not limited to TikTok, Tencent, Alibaba, Baidu, Lenovo, Xiaomi, and so on. Although some may disagree, Strand Consult’s job is to publish what is actually happening and how policy decisions may affect their business. Check out Strand Consult’s research.