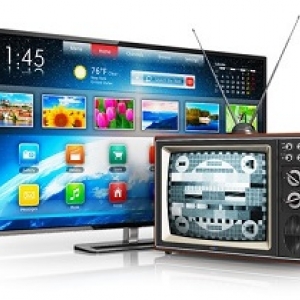 The latest edition of Nextv Series Afrique, on March 23rd this year brought together major players of the audiovisual industries in French-speaking African countries. Top-executive speakers from the local industry shared insights on the market and discussed key topics, such as the future of local production, the importance of telcos in the development of OTT, the perspectives of growth for public broadcasters and the impact of COVID-19 on the economy.

Dataxis also hosted a focus panel on the TV market in Ivory Coast and explored the potential of existing broadcast networks in the expansion of OTT within the region.

The event was also an opportunity to take stock of the switchover to DTT with a panel discussion on the state of digital migration that featured Bruno Ndoua of IDT (Ivoirienne de Télédiffusion), Sériba Adama Coulibaly of SMTD (Société Malienne de Transmission et de Diffusion) and Eugène Niox of TDS (Télédiffusion du Sénégal). In the three countries represented, the switchover is not complete yet.

Here is the latest update on the state of infrastructures: in Ivory Coast there are 14 operational sites out of the 35 planned, which represents a population coverage of 76%. In Senegal, 22 out of the 25 DTT sites are already in operation and cover 90% of the population. In Mali, SMTD just began civil engineering work in 2020 with the aim to build 51 DTT sites that will complement the 92 analogue sites currently being digitally upgraded.

Funding is one of the key issues for DTT network operators who are reliant on governments. Eventually, revenues will be generated by content editors (channels) and distributors (bouquet editors). But at present, equipment and infrastructures require substantial resources before they can generate sufficient revenues to be self-sustaining. Another challenge is the actual adoption of DTT by the households who may prefer free satellite packages and existing local operators to DTT packages that take time to implement.

The effective transition to DTT will allow channels to focus on their core business, which is content, and to eliminate the unnecessary costs associated with broadcasting. Digital networks also promise to support new OTT usages by bringing channel content from local to national – and later on, international. The commercial potential of regional bouquets, the importance of community television and the emergence of a local organization of network operators to develop such opportunities were also discussed.

The issues addressed by the panellists and the opportunities created by DTT deployments are particularly relevant in sub-Saharan Africa, where the transition process has so far been long and challenging, even in the most developed countries.