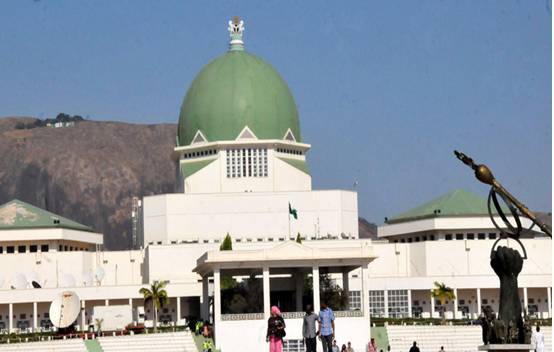 The Chairman, Senate Committee on Army, Senator Ali Ndume, representing Borno South, has accused the Peoples Democratic Party (PDP) of insisting on using electronic transmission for results of the 2023 elections because of the party’s plans to rig the elections by using “Yahoo boys” – a sobriquet for internet fraudsters.

Ndume spoke just as the Senate ruled after a rowdy session that the National Assembly (NASS) and Nigerian Communications Commission (NCC) will have the final say on the use of electronic transmission of results for the 2023 elections.

While many lawyers accepted that it was within the powers of the NASS to create and amend laws, they cautioned against arbitrariness that could undermine institutions from efficiently performing their statutorily functions.

“The power to determine the mode of transmission of results should rest with the Independent National Electoral Commission (INEC) squarely without interference from any one or body. The best NASS should do to me is to ask INEC to confer with NCC with regards to electronic transmission of results and e-voting,” said Lagos based legal practitioner, Johnson Elegboja.

In a clause by clause consideration of the report of the Senate committee, headed by Senator Kabiru Gaya, on the Electoral Act 2016 (Amendment) Bill, 2021, the Senators voted against the use of electronic means to transmit electoral results. It later accepted an amendment proposed by Senator Sabi Abdullahi (Niger North) allowing for electronic transmission of results subject to its determination as fit by the NCC and the approval of the NASS.

Senator Abdullahi’s proposal amended the original submission by the Senate committee which empowered INEC to carry out electronic transmission.

The committee had submitted: “The commission [INEC] may transmit results of elections by electronic means where and when practicable.”

After the amendment, that section reads: “The commission may consider electronic transmission of results provided the national network coverage is adjudged to be adequate and secure by the National Communications Commission.”

The amendment was seconded by Senator Ndume. But Senator Albert Bassey Akpan (Akwa Ibom North-East) and several PDP senators insisted that the original draft be retained. However, the amendment carried the day after a ‘Yea (52) versus Nay (28)’ vote session supervised by President of the Senate, Ahmad Lawan.

Governor of Sokoto state and former Speaker of the House of Representatives, Aminu Tambuwal, has challenged the Senate’s decision. He warned that empowering the NCC to determine electronic transmission of election results negates the constitution and undermines the constitutional powers of the INEC.

“The decision of the Senate to subject INECs constitutional power to conduct elections to the Nigerian Communications Commission (NCC), and National Assembly is patently unconstitutional,” the statement reads.

“For the avoidance of doubt, S.78 of the Constitution provides that “The Registration of voters and the CONDUCT of elections shall be SUBJECT to the DIRECTION and SUPERVISION of Independent National Electoral Commission”. In Third Schedule, Part 1,F, S.15: INEC has power to ORGANISE, UNDERTAKE and SUPERVISE all elections. The Constitution further provides that INEC OPERATIONS SHALL NOT be subject to the direction OF ANYBODY or AUTHORITY.

“Unquestionably, the mode of election and transmission are critical parts of the CONDUCT, SUPERVISION, UNDERTAKING and ORGANISATION of elections in Nigeria. Of course the National Assembly has power to flesh out the legal framework but that has to be consistent with the Constitution.

“These constitutional powers have been solely and EXCLUSIVELY PRESCRIBED BY THE CONSTITUTION to INEC, and CANNOT BE SHARED WITH the NCC, or any other Authority, and certainly not a body unknown to the Constitution. The Senate decision to subject INECs constitutional power to conduct elections to NCC is consequently patently void, unconstitutional and unlawful.

“We had earlier counselled that that the mode of conducting elections and in particular the transmission of votes be left with INEC who would monitor developments and determine at every election the type of technology to be deployed to ensure free, fair and credible elections.”

But some lawyers are of the opinion that the NASS acted within its powers including powers to amend laws.

“National Assembly has unlimited powers to make laws in any way including powers to amend the constitution itself in accordance with the provisions of the constitution. However, as you know, such powers can also be challenged in court. Generally speaking, the National Assembly can do so either by way of amending the constitution or vesting NCC with such powers. Generally, courts will not curtail the powers of the NASS to make laws since that is its primary function. My opinion,” said Abuja based legal practitioner, Nseobong Akpan.

Lagos based legal lawyer, Olumide Babalola also noted: “This is dicey. NCC is created by law enacted by the NASS under its constitutionally given powers to make laws, hence it is recognised by the Constitution. It is not all public bodies that are created by the Constitution,  rather the power to create such bodies is vested in the constitution, hence, by implication, they are statutory bodies. My humble opinion but that is not to say that move cannot be challenged or faulted on other grounds.”

However, Elegboja, cautioned NASS against eroding the powers of the INEC to address a temporary exigency. “I think it would be wrong for NASS to subject the power to transmit election results by INEC to NCC because the two are autonomous bodies with different functions. The power to determine the mode of transmission of results should rest with INEC squarely without interference from any one or body.The best NASS should do to me is to ask INEC to confer with NCC with regards to electronic transmission of results and e-voting.”