At Q2 2021, the Android TV middleware could be found on around 26% of the global advanced set-top box installed base (around 5% of total boxes, including legacy devices). Although striking, this figure hides a disputed position: the share of Google’s platform in the total advanced installed base actually decreased from 40% in 2015, losing ground to competitive offers, including in particular the Reference Design Kit (RDK), the open-source software platform backed up by large cable companies, and Linux- based advanced solutions. These two options constitute attractive alternatives for pay TV operators willing to maintain full independence and control over the operating system and environment proposed to their subscribers. 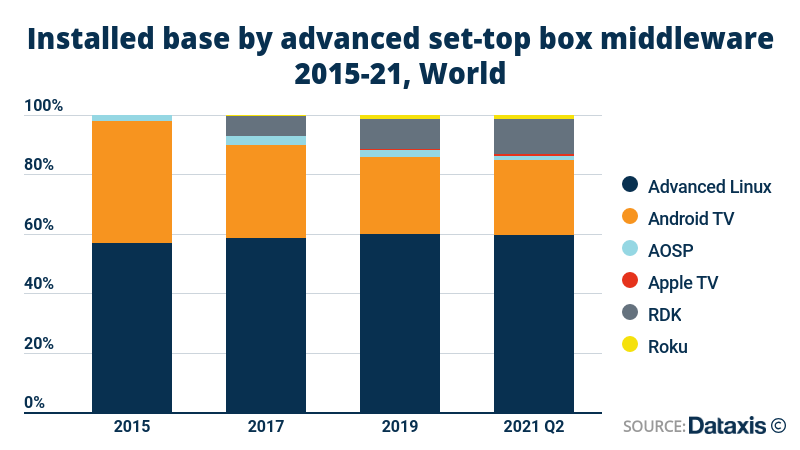 The region Asia-Pacific accounts for the largest share of deployments, reaching close to 70% of Android pay TV devices at Q2 2021. European subscribers make the most of other Android set-top boxes. The attractivity of this middleware solution in Europe can be explained by the large number of small and medium operators eager to provide flexible services to meet the demands of their customers for additional options and applications. For actors with lower investment capacities, Android TV creates a possibility to provide demanded services at a lower cost than what a fully integrated development would require. 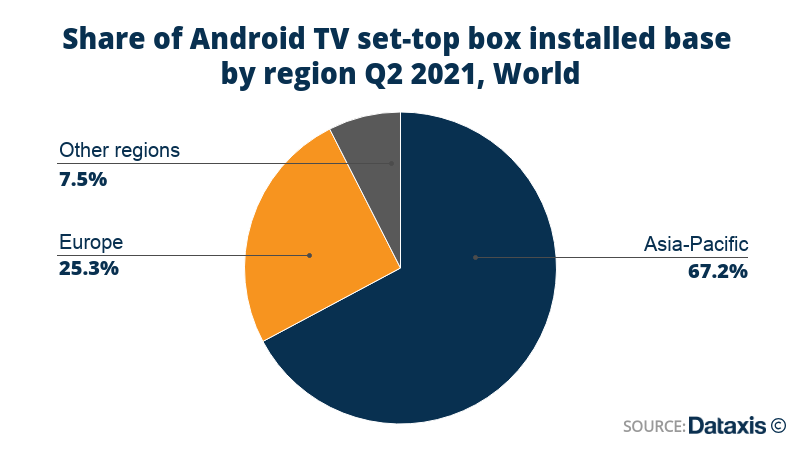 In Latin America, Africa and the Middle East the deployments of advanced boxes reach lower levels as pay TV markets are smaller and OTT consumption habits are not always as widespread as in Europe and North America.

In North America, RDK has been maintaining a strong position over years, a situation primarily attributable to the subscriber base of a few large operators such as Charter Group – following the acquisition of TimeWarner’s operations in 2016 – Comcast, an acknowledged RDK supporter, and Rogers Group among others. Contrary to Android TV, the RDK installed base comprises a small number of operators. In 2021 Android TV has ongoing partnerships with around 6 times more pay TV operators than RDK.

Other advanced middleware providers include Apple, Roku and HarmonyOS, the operating system developed by Huawei to replace Android OS, already widely deployed on smart devices and expected to become a serious competitor in the future battle for control over the TV environment. 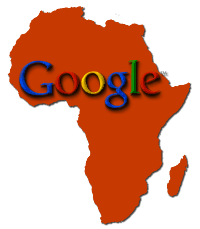