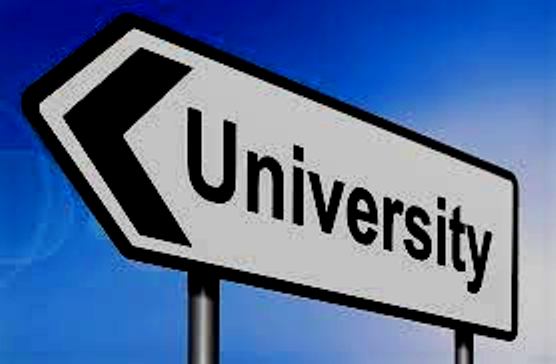 Earning a university degree is crucial in today’s economy. Higher education holds the key to improving South Africans’ economic prospects. By Shai Reshef, President of University of the People

Unemployment is the greatest struggle South Africa’s youth face today. Youth unemployment (15-34 years) hit a record high this year on the back of the pandemic and resulting economic slump, reaching a staggering 46.3% in Q1 2021, according to Stats SA. With nearly half of young people unemployed and looking for work, change is clearly needed. And education holds the key.

Stats SA’s data shows that of the 7.2 million unemployed persons in the first quarter of 2021, more than half (52.4%) had education levels below matric, followed by those with matric at 37.7%. Only 2.1% of unemployed persons were graduates, while 7.5% had other tertiary qualifications as their highest level of education.

The difference between the employment prospects of graduates and non-graduates is so stark that tertiary education can be described as an economic imperative. Recent decades have shown that higher education is, if not a cure, at least a protection against unemployment.

According to a World Bank report in 2019 “the importance of acquiring skills to enable South Africa’s youth to find jobs and earn higher wages thereby alleviating poverty, income inequality and joblessness, makes the policy to enrol more students in tertiary institutions a must.”

And the importance of higher education will only increase. A 2017 Harvard Business School study showed that job listings requiring degrees are increasing – even in jobs that didn’t previously demand it. For example, in 2015, 67% of production supervisor job listings asked for a college degree, while only 16% of employed production supervisors had one, according to the study.

Of course, a certificate or degree cannot guarantee a job. But it significantly increases an applicant’s chances for success in today’s hyper-competitive job marketplace. It also significantly increases a person’s earning potential. Another Stats SA data set, released in 2017, showed that there is a clear increase in monthly salary the more educated someone is. According to the study, a person who has earned their matric can expect almost double the salary of a high school drop-out. A tertiary certificate results in a 67% jump in potential earnings and a bachelor’s degree a massive 330% increase in salary.

These findings not only apply in South Africa but are echoed worldwide. A Pew Research Centre study in 2014 showed that the value of a college degree is greater than it has been in nearly half a century – the earnings gap between those with bachelor’s degrees versus high school graduates is wider than it was for previous generations. Paul Taylor, then-executive vice president of the Centre, said: “The driver of the widening gap is not so much that today’s college graduates are doing better than yesterday’s college graduates; it’s that today’s high school-only graduates are doing worse than yesterday’s high school-only graduates. The real story is the collapse in economic opportunity for people who do not continue their education beyond high school.”

And with the Organisation for Economic Co-operation and Development ranking South Africa’s education system as amongst the lowest in the world in 2015, those opportunities are bleaker than ever – especially on an international stage. There is no quick fix for the economic difficulties the country currently faces.

But imagine, for a second, how different these statistics would look if more youth had the opportunity to pursue tertiary education after high school. Institutions such as University of the People, where I serve as President, provides such opportunities.

University of the People is a tuition-free American online university, which with its low fees and internationally recognised accreditation, makes higher education affordable and accessible to everyone with matric.

As Madiba famously said: “Education is the most powerful weapon we can use to change the world.”

Nigeria: Why Silicon Valley is decamping to Algiers

The future of work and the work of the future