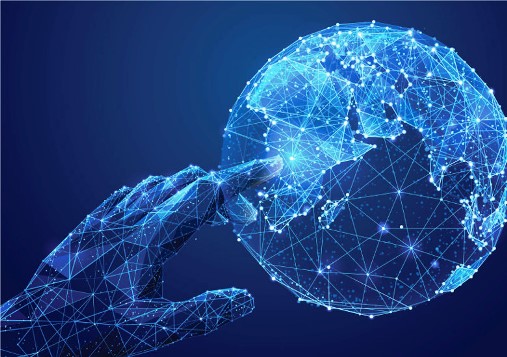 Professor Ameenah Gurib-Fakim has called on African leaders to close the region’s science and technology gap in order to take full advantage of the African Continental Free Trade Area (AfCFTA).

The former President of Mauritius and Laureate of the 2007 L’Oréal-UNESCO Prize for Women in Science delivered a trenchant address at the African Export-Import Bank’s (Afreximbank) fifth annual Babacar Ndiaye Lecture on “the importance of science, technology and innovation in the transformation of African economies”.

She blamed “chronic neglect”, the statistics demonstrating that the chronic deficit of researchers and scientists has undoubtedly contributed to the poverty trap that the continent finds itself in. “The deficit of investment in science and technology and absence of economic and scientific infrastructure has undermined the process of economic transformation both at the structural level and at the sectoral level. The consequences of that deficit have been significant and include continued reliance on the colonial model of resource extraction largely responsible for the debilitating poverty trap and aid dependence trap.”

The former President remarked that Africa’s failure to advance in science and technology has been compounded by the fragmentation of its markets. She praised the establishment of AfCFTA for overcoming this hurdle and creating the largest single market in the world by membership. However, the economic transformation anticipated by the free-trade market hinges on Africa “closing its scientific and technological gap with the rest of the world” and “sustainably producing the right set of skills to expand both extra and intra African trade.”

This will require collaboration and partnerships to create the right conditions to develop centres of excellence on the continent. Academia, governments and the private sector, she argued, would have to collaborate much more closely to ensure the funding is provided and that the conditions for science to thrive are put in place. In this regard, she praised the leadership role played by Afreximbank in the medical field where the Bank is supporting the growth of pharmaceutical industries and establishment of medical center of excellence.

Professor Gurib-Fakim reminded the audience that the increasing role of technology that was permeating all sectors and industries and driving growth was irreversible. She praised Africa’s successes in certain areas like mobile money, giving the example of M-Pesa which has been adopted in the rest of Africa after being created in Kenya. She equally praised Afreximbank’s Pan-African Payment and Settlement System (PAPSS) which is set to facilitate payments for cross-border trade in African currencies and assuage the liquidity constraints.

One of the major challenges, she said, is the continued brain drain of Africa’s brightest and best scientific minds. The former President encouraged the private and public sector to invest much more in education and research and development. “Every young African has the potential to be a great scientist, to innovate and become globally competitive,” she said.

Professor Benedict Oramah, the President and Chairman of the Board of Directors of Afreximbank, introduced the lecture by observing that although Africa gained independence six decades ago it has nonetheless failed to achieve economic emancipation. Professor Oramah said that the failure of Africa to secure Covid-19-related equipment such as face masks and ventilators shows that the continent must start manufacturing its own technological goods.

The President of the Bank further pointed out that “while the AfCFTA was a necessary condition for the transformation of African economies, it was not a sufficient one, especially in a world where trade has been largely driven by manufactured goods with increasing technological content.” Among the set of constraints undermining the capacity of the AfCFTA to deliver on its full potential none was as critical as closing the region’s scientific and technological gap. He said: “The most competitive countries in the world are also the ones leading in ICT, innovation, scientific research and development. Africa cannot be kept at the back of the queue.” He also stressed the need to foster the collaboration between research and industry to further enhance the growth and development impact of scientific discovery across the region.

The President of the Bank remarked that Africa once boasted some of the most wealthy and industrious city-states and kingdoms – something that has been forgotten by the rest of the world. He quoted the Portuguese explorer Pedro Alvares Cabral who in the 1500s landed on the coast of Tanzania and found a land full of rich merchants. He also referenced Lourenco Pinto, a Portuguese merchant, who noted that the capital city of the Kingdom of Benin, in modern day Nigeria, was larger than Lisbon and both industrious and wealthy.

Professor Sarah Anyang Agbor, Commissioner of Human Resources, Science and Technology at the African Union Commission (AUC), spoke about continental plans to boost science and technology in Africa. The AUC has set in place its Science, Technology, and Innovation Strategy for Africa 2024 (STISA-2024) that aims to promote the building and upgrading of research institutions, amongst other things. The plan fits within the African Union’s (AU) Agenda 2063, she said.

Dr Hippolyte Fofack, Afreximbank’s Chief Economist, wrapped up the event by echoing Professor Oramah’s statements that “Africa was the epicentre of and the birthplace of astronomy and mathematics”. He referenced the Dogon community in Mali who for centuries has been fully aware of an invisible star, Sirius B, long before it was discovered by Western astronomers in 1970. “Africa’s current scientific and technological gap with the rest of the world was a historical anomaly”, he added.

However, Dr Hippolyte Fofack welcomed ongoing efforts (though still marginal) by both public and private institutions to mainstream science and technology across the region. He added that Afreximbank has long championed technology and innovation as important drivers of Africa’s economic growth and structural transformation, convinced that setting Africa back on the path of scientific renaissance was a sine qua none condition for economic renaissance and structural transformation.

Lebo Mashile, a South African poet and writer, opened the lecture with a grand and evocative poem that touched on various themes of African history and the continent’s interaction with the rest of the world. Answering the fundamental question who are we? She said “being African is applied science of humanity.” There was also an uplifting musical performance by Cameroonian artiste, Joyce Babatunde.

The Babacar Ndiaye Lecture series, launched by Afreximbank five years ago, honours the founding role Dr Babacar Ndiaye played in the establishment of Afreximbank. As President of the African Development Bank from May 1985 to August 1995, he is credited with championing the establishment of several major continental institutions to drive the process of economic growth and structural transformation of African economies.

Why Africa must tax the digital economy